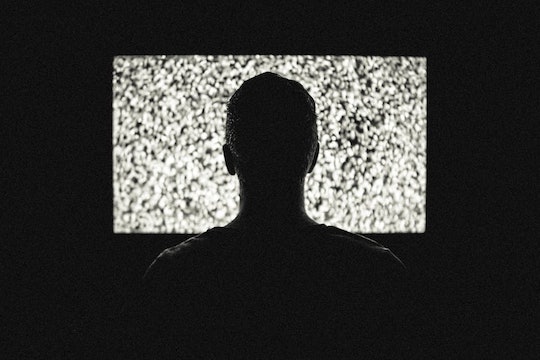 How Watching Netflix All Day Harms Your Health, According To Science

Pretty much nothing is sacred, anymore, it seems. Science has taken away every good thing and ruled it as being "unhealthy," or whatever. From French fries, to pizza, to playing Candy Crush for three hours straight, science just keeps telling us to "stop." And now, science is taking something else away from us. Yes, as it turns out, binge-watching Netflix can also harm your health, according to science, or whatever.

A new study, from the University of Michigan and the Leuven School for Mass Communication Research in Belgium, has found that there is definitely a connection between young adults who regularly binge-watch and poor sleep patterns. Over 400 adults, ranging in ages from 18 to 25, participated in the study, which asked them about their binge-watching habits and any feelings of fatigue, insomnia, or other sleep issues they may have. And the results? Not so good.

According to the study's conclusions, "new viewing styles such as binge viewing are increasingly prevalent and may pose a threat to sleep," and that's not all. The study also stated that, as Lothar Mikos, a professor of television studies, noted back in 2016, "television will not disappear: it will only become available on all existing screens — and so become more present and more important." So getting a good night's sleep will likely only become more difficult, as the number of distractions to choose from rises.

According to the study, over 80 percent of participants identified themselves as binge-watchers, and nearly 62 percent of the participants were female. Out of the self-identified binge-watchers, 32.6 percent reported bad sleep quality. Basically, "Higher binge viewing frequency was associated with a poorer sleep quality, increased fatigue and more symptoms of insomnia, whereas regular television viewing was not."

So, as easy as it is to get sucked into a good show on Netflix, it might be time to rethink your watching habits. The average adult needs at least seven hours of sleep per night, and while you may be getting in those hours, as the study found, those might not be high-quality hours.

"Bingeable TV shows have plots that keep the viewer tied to the screen," Liese Exelmans, a researcher at the Leuven School for Mass Communication Research and the study's lead author said in a press release. "We think they become intensely involved with the content, and may keep thinking about it when they want to go to sleep. This prolongs sleep onset or, in other words, requires a longer period to 'cool down' before going to sleep, thus affecting sleep overall."

So as tempting as it may be to leave the TV on, and let that next episode start up, it might be good to take a break from binge-watching, even just for a week or so.