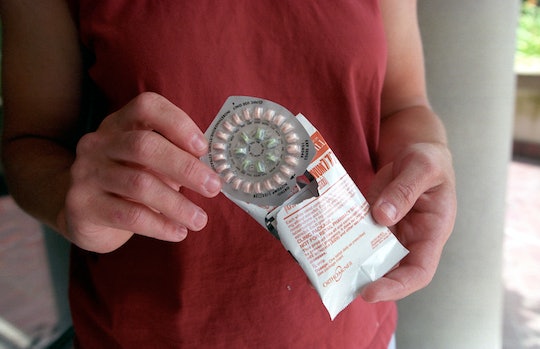 Birth Control Problems Science Has Yet To Solve

Effective birth control is one of the scientific wonders of our time. Through rigorous research and testing, the negative medical side effects of birth control are slowly being eliminated or at least addressed. Unfortunately, there are still some lingering problems with birth control that science has yet to solve.

Sporadic side effects, such as cyst formation and depression, remain an issue despite medical advancements in contraception. Along with the actual risks associated with birth control methods, many frightening myths plague conversations about contraception and deter women from using it. Further developments in contraceptive science and education will hopefully alleviate the fears surrounding the unknown and make birth control even more accessible.

In other words, despite having more information than ever on safe sex and family planning, there are still a few issues that remain unexplained – but the future is bright. So where are the current shortfalls, and when will scientists be able to give the public answers to nagging questions? In terms of the latter question, it's tough to say. But at least for now, we do know which issues still give researchers pause.

Here's a brief breakdown of the questions both the public and the world of science still have, and any myths that are making that conversation more difficult.

Some side effects of birth control, such as breast tenderness or changes to the menstral cycle, are commonly reported and accepted as fact. But, sometimes, more severe symptoms are reported by a smaller segment of the population and answers aren't as accessible. Women have long complained of altered emotional states and mood swings while using hormonal contraceptives, such as the pill. Not all women using hormonal contraception experience symptoms of depression, however, and science has yet to give a clear explanation for the discrepancy.

Until recently, there was little evidence to back up claims of depression symptoms at all. Findings from a new study published in the Journal of American Medical Association Psychiatry suggested a link between the likelihood of depression and hormonal contraceptives, potentially validating years of complaints from women using these methods and shedding some light on the influencing factors themselves.

In the aforementioned study — a 14-year-long study conducted in Denmark beginning in 2000 — over 1 million women, all of whom were between 15 and 34 years of age, were given various forms of birth control. They were then placed into groups depending on the type of contraception they were on (two types of pill, vaginal rings, IUDs, and the patch) and their emotional states were tracked through time. The findings were then compared to a group of participants using non-hormonal contraception. None of the participants had previously been diagnosed with depression.

The findings in this particular study suggested that adolescent girls were the most vulnerable to mood changes. They also suggested that the two forms of pill (estrogen/progesterone mixed and progesterone only) had the highest correlations with patients being prescribed anti-depressants. The risk of depression for combined pill was 80 percent higher than those who didn’t take it, there was 120 percent higher risk with the progestin only pills.

But does that mean that all teen girls should avoid birth control, due to a risk of depression? It's tough to say. This was just one study. But if nothing else, it proves that we're at least getting closer to a concrete answer.

The list of potential side effects for IUD contraception ranges from abdominal pain and cramping to flu-like symptoms. When compared to the effectiveness of IUDs, these side effects seem worth the risk. However, some women have complained of developing ovarian cysts after IUD insertion, specifically when using Mirena and copper coil IUDs. The cysts tend to go away on their own in two to three months. In more severe cases, however, they can cause persistent pain and can rupture. These risks are a bit more intimidating than cramps.

While scientists have yet to determine what causes some women to develop these benign growths when others do not, we do know a bit about how the cysts themselves are formed. IUDs are inserted directly into the womb, where they slowly release doses of the hormone progesterone. In past studies, progesterone has been shown to be a contributing factor to the growth of cysts. Perhaps future studies will reveal risk factors that make some women more susceptible to ovarian cysts than others.

A big, lingering issue with modern day birth control is the many myths that surround it. The result of these fictions is fear. An example of the power of this sort of misinformation is the way in which young women approach implanted contraception.

Studies have shown that long term contraceptive methods, like IUDs, are the most effective on the market today. However, young women are shying away from them in favor of other methods, such as condoms and the pill. Lingering myths about implants are one suggested explanation as to why women choose not to use them. Essentially, hearsay scares women away from implants. But is any of it based in fact? And if so, how can science work to improve things?

One persistent myth is that implants are too large for some women and will hurt or discomfort them. Experts say that this misconception may persist because older implants were larger and could cause discomfort in some women. However, Joanne Brown, a nurse practitioner at the University of Kentucky's health service, told the Chicago Tribune, "The newer IUDs are very small." There is usually little pain associated with them. While they aren't the right choice for everyone, long term birth control methods are a smart decision for many women.

Many women also still believe the myth that extended use of birth control pills leads to infertility. Recent studies show, however, that this often isn't the case at all. While there is a possibility that it will take a bit longer to conceive immediately after stopping the pill, overall, women tend return to normal fertility afterwards.

The perpetuation of theses myths is troubling because it can cause women to shy away from forms of birth control that might otherwise suit them perfectly. Secondhand information and rumors are not the most informative means of education. With a topic as important as contraception, we want to be sure to have our facts straight. And with several big questions still unanswered, it's best that we take what we can right now and run with it.