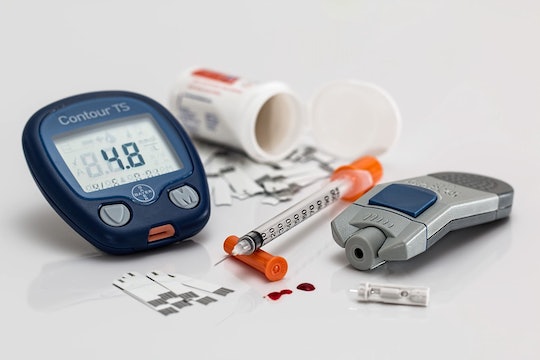 Black Children More Likely To Die From Diabetes Than Peers

As childhood diabetes continues to be a growing health issue across the nation, a new study shows that racial disparities are linked to the disease’s mortality rate. In fact, the Centers for Disease Control and Prevention (CDC) found that black children with diabetes are more likely to die from complications from the serious chronic disease than white children. While there wasn’t a significant difference in the number of deaths associated to childhood and adolescent diabetes across the board, there was a noticeable racial and ethnic imbalance — specifically, black children between the ages of 1 to 19 are dying from diabetes at twice the rate of white children and three times the rate when compared with Hispanics.

To get to these findings, CDC researchers looked at death certificates filed in all 50 states and the District of Columbia from 2000 to 2014 as well as the statistics collected by the CDC. The study found that black children and adolescents had the highest rate of death linked to diabetes with more than two deaths per 1 million people. Meanwhile, the rate for white children was less than .92 deaths per 1 million and, for Hispanic children, a rate of only .61 deaths per 1 million.

Why do these disparities exist? Researchers say it’s a complex answer, but some explanations could include differences in access to health care, health services, education for both children and parents on diabetes management, and overall diabetes care.

According to the American Diabetes Association, about 208,000 Americans under age 20 are estimated to have been diagnosed with diabetes, a condition in which a child's body no longer produces an important hormone called insulin.

These deaths among children and adolescents are likely caused by acute complications of diabetes, such as hypoglycemia — low blood sugar — and diabetic ketoacidosis, a serious complication that occurs when the body produces excess blood acids called ketones that can make someone feel incredibly thirsty, weak, and confused among other symptoms.

“Deaths from diabetes in young persons are potentially preventable," the study’s authors wrote, adding that further research is needed to accurately identify the health care factors and behaviors that contribute to diabetes mortality and why these racial and ethnic disparities exist.

While a diabetes diagnosis is not always avoidable — type 1 diabetes is the most common diabetes type among children and adolescents while type 2 most commonly becomes apparent during adulthood, but can also develop at any age — the CDC advises that earlier treatment, increased awareness of diabetes symptoms, and education related to the disease could help reduce the risk of death in diabetic children and adolescents. Parents can also help lower these risks by making sure their children are active and eat well each day.