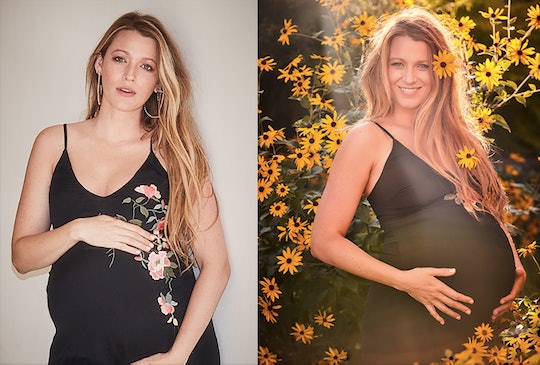 When Blake Lively and Ryan Reynolds announced they were going to be parents for the third time, fans were elated at the idea of the hilarious (and gorgeous) Hollywood couple embarking on this journey together once again. Because let's face it: They're awesome parents. And although the famous couple chooses not to share photos of their children, their parenting anecdotes have been everything fans have hoped for and more. Another area where they've hit the mark? Blake Lively's Amazon baby registry features an incredible round-up of picks many parents swear by.

Considering Blake Lively and Ryan Reynolds have already survived the baby stage with two kiddos — daughters James, 4, and Inez, 2, along with recently welcoming their third child — I'd say the actress knows a thing or two when it comes to baby gear. Lively is a busy, working mom, after all. Not only does she have an impeccable sense of style, she just seems like a practical sort of person. So it comes as little surprise to me that Lively would team up with Amazon to create her own Amazon Baby Registry, while promoting a worthy cause in the process, according to People.

At a glance, I spotted several products that have been top parent picks in the past. There's an Ergobaby carrier (the Omni 360, to be specific,) the NoseFrida snotsucker, and a Boon bundle feeding set — which includes the signature grass drying rack, stem and twig accessories, a silicone baby feeder, and a bottle brush. I also spy the HALO Bassinest Swivel Sleeper, which is a go-to for parents of newborns.

Something else that popped out at me? The kick*ss feminist books she chose for her baby library. These include: Little Dreamers: Visionary Women Around the World by Vashti Harrison; She Persisted: 13 American Women Who Changed the World by Chelsea Clinton; and The Little Feminist Board Book Set. Lively even included a category called, "Sustainable On-The-Go Essentials," which includes reusable food storage bags, a reusable meal prep lunch pot, and more.

“I understand how overwhelming it is to be a new parent. What they don’t tell you is it never gets less overwhelming, but with each kid I do learn more," Lively said in an Amazon Baby Registry news release. "Before I had my first, I was lucky enough to have the parents in my life who I trusted most share their 'must haves' with me. I hope to do the same for you with my baby registry picks. Good luck! You’re gonna need it."

What's more? Lively's partnership with Amazon will help support the Child Rescue Coalition, "an international nonprofit organization which enables law enforcement to track, arrest and prosecute child predators and rescue children," according to ELLE. Talk about a good cause.

When I found out I was expecting our fourth child, one of the first things I did (after the news finally sank in) was create an Amazon Baby Registry. As a Prime member, it was the logical next step. Although we had plenty of baby gear, much of it was on its last leg because, well, it had already survived three kids. Another incentive was the free Welcome Box filled with samples of baby products. A 15% completion discount isn't too shabby, either.

But yeah. I'd definitely take a peek at Lively's Amazon Baby Registry, if you're expecting a little one. Because as a mom of four, I can attest this celebrity mom knows what she's talking about when it comes to baby gear.