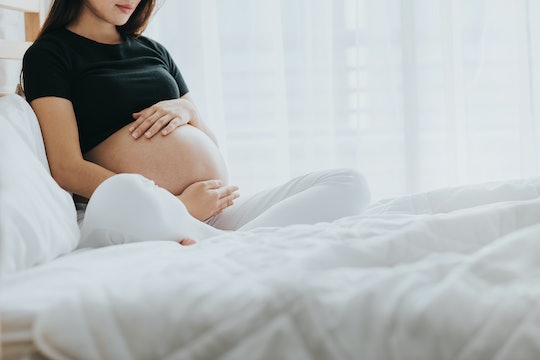 Bleeding Gums & 6 Other Weird Pregnancy Symptoms That Are Commonly Missed

There are so many weird things that happen when you're growing a human being inside of your own body. Pregnancy can be a strange time. And while some of the symptoms you deal with during pregnancy are things that you expected after chatting with friends or family members, other things can sort of sneak up on you. You might expect to be exhausted, for instance, but you may not be ready for bleeding gums and other weird things that happen when you're pregnant that even pregnant women don't realize.

There's a lot that changes in your body during pregnancy and some of it is more subtle than you might think. That means that you might not always even realize, at least initially, that these sorts of changes are taking place. If they are things you notice at some point during your pregnancy, however, you might wonder if they're typical pregnancy symptoms (albeit ones that no one bothered to mention to you), or something that's potentially more serious. These weird pregnancy symptoms aren't necessarily signs of something terrible, so if you don't realize they're happening, which many people won't, it might not actually be a huge deal.

Pregnancy can be strange, but it's also pretty amazing.