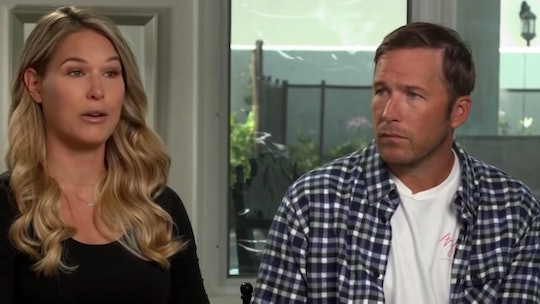 On June 9, 2018, the 19-month-old daughter of Olympic skier Bode Miller and Morgan Miller fell into a neighbor's pool and drowned. Since then, the grieving parents have made it their mission to raise awareness about water safety. Because they don't want anyone else to feel the soul-crushing pain they've endured since losing Emmeline. Now, Bode and Morgan Miller are joined by couple's midwife to honor their daughter almost one year after her death.

As People reported, the Millers' midwife, Lindsey Meehleis, shared a touching message via Instagram in memory of Emmy. In the post, Meehleis reflected on the eulogy she gave at their baby girl's funeral. “We are two short months away from almost a year of the loss of our dear Emmy. Everyday still feels like a dream,” she wrote on Friday, April 12 on Instagram. “We must all make a commitment together to do better for our children and get them watersafe. The AAP recently changed their water safety guidelines and they need to be shouted from the rooftops. I never want to stand up with my knees trembling looking my dear friends in the eyes as I give a eulogy for their daughter."

Meehleis went on to share words from her eulogy to Emmy. "There is something special about every newborn baby, but there was something extra special about Emmy.... her eyes told us a story. She was fearless, determined & fierce," the midwife wrote.

A few hours later, I climbed into my bed, looking through the pictures I had taken, one caught me by surprise and i jotted down these words. On the morning you were born, all wisdom from past generations was instilled upon you & your wisdom on future generations will go forth. The world is forever changed because of the one and only you. Retrospectively these words couldn’t be more true.

The American Academy of Pediatrics (AAP) released new guidelines for water safety in March. Updated recommendations included swim lessons for all children beginning at age 1 and a four-sided fence that completely surrounds the pool and isolates if from the house, according to CBS News. These updates are important, and will hopefully save lives.

Because as the tragic story of Emmy's death heartbreakingly shows us, drowning can happen so quickly. The day the Millers' toddler fell in the pool was like any other. Morgan was visiting at their neighbor's house. The kids were playing and she was chatting, when Morgan suddenly realized it was too quiet. The concerned mom asked, "Where's Emmy?"

“Before Nate could respond, I turned around and the door that leads to the back yard, that was closed, had this tiny sliver of light coming through the side,” Morgan told Today in July, during the couple's first interview since the accident. “And my heart sank and I opened the door and she was floating in the pool. And I ran and I jumped in."

Morgan pulled Emmy from the water and began administering CPR. Her neighbor dialed 911, and an ambulance rushed the toddler to the hospital. Although doctors were hopeful at first that Emmy could survive, she had been without oxygen for too long — and died the next day. Morgan told Today:

As the first anniversary of Emmy's death draws near, my thoughts are with Bode and Morgan Miller and their family. I'm sure Meehleis's touching eulogy offered the tiniest bit of hope following their daughter's death — when I'm sure they thought they would never feel happiness again And her recent Instagram dedication is a reminder that Emmy was here, made a difference in the world, and will always be remembered.

More Like This
New Report Shows 80% Of Pregnancy-Related Deaths Are Preventable
How Much Hair Loss Is Normal? 9 Signs You’re Losing Too Much Hair
The Difference Between The PICU & The NICU
Prince George Reportedly Got Sassy In A Fight With A Classmate