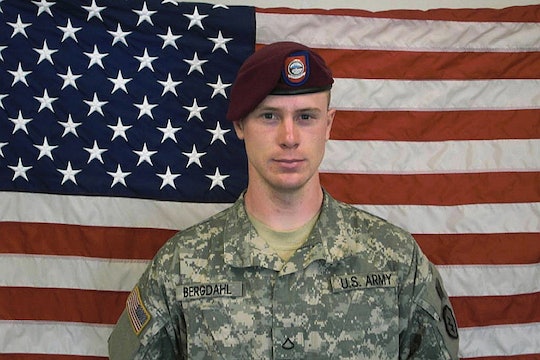 On December 10, Serial debuted Season 2 of their incredibly popular podcast. The subject this time around was the controversial case of Sgt. Bowe Bergdahl, who was held captive by the Taliban in Afghanistan for five years. The case has been a source of media, political, and pop culture interest, and today when the Army announced the Sgt. Bowe Bergdahl general court-martial, it wasn't exactly a surprise. An announcement of the news came just minutes ago via Serial's Twitter page. Ever since Bergdahl's return to America after years in captivity, roughly everyone has speculated on what would come of Bergdahl's case. He first returned to the United States in June of 2014, arriving in San Antonio by way of a military hospital in Germany. Though he was released by the Taliban in exchange for five prisoners, he spent a month recuperating in Germany before traveling back to the U.S. At the time, announcement by Rear Adm. John Kirby of the Pentagon ensured that the Army would "continue to ensure that Sgt. Bergdahl receives the care, time and space he needs to complete his recovery and reintegration."

Just shy of a year later, in March 2015 Bergdahl was formally charged by the Army with misbehavior before the enemy and desertion. If convicted, he will face upwards of a lifetime in jail.

Today a statement from the Army confirmed that Bergdahl's case would be referred to general court-martial. In the statement, the Army said, "The U.S. Army Forces Command's Commanding General referred two charges today, Dec. 14, in the case of United States vs. Sgt. Robert B. Bergdahl to a General Court-Martial. The two specific charges referred under the U.S. Armed Forces' Uniform Code of Military Justice are: (1) Article 85: 'Desertion with Intent to Shirk Important or Hazardous Duty;' and (2) Article 99: 'Misbehavior before the Enemy by Endangering the Safety of a Command, Unit or Place."

The charges against Sgt. Bergdahl have today been referred for trial by a general court-martial. The convening authority did not follow the advice of the preliminary hearing officer who heard the witnesses.

Lt Colonel Rosenblatt, Captain Foster and I had hoped the case would not go in this direction. We will continue to defend Sgt. Bergdahl as the case proceeds.

We again ask that Donald Trump cease his prejudicial months-long campaign of defamation against our client. We also ask that the House and Senate Armed Services Committees avoid any further statements or actions that prejudice our client's right to a fair trial.