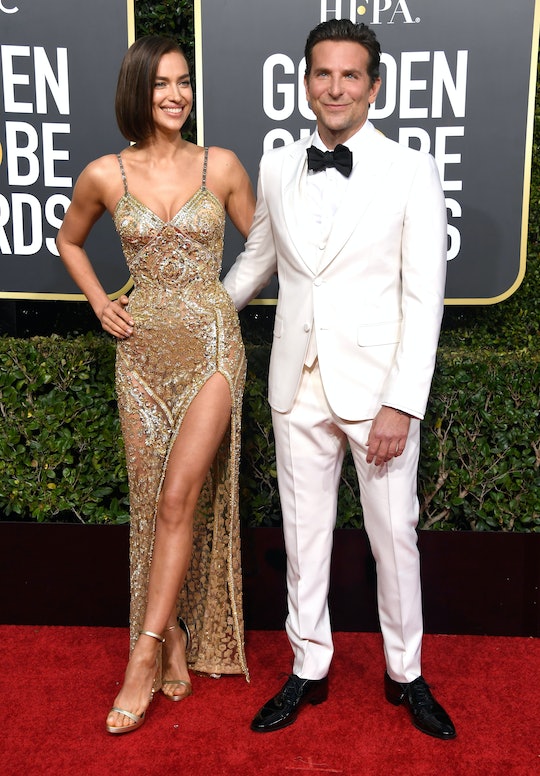 Breakups are hard. They're hard no matter what phase of life you're in, but they're particularly bitter when there's children, or a family, involved. Of course, you want your child to be able to know and have a healthy relationship with both of their parents, but that can be difficult to navigate when you're in the throes of a falling out. However, Bradley Cooper and Irina Shayk's plan to co-parent after their split proves that they are committed to their daughter no matter what.

Just a few weeks ago, E! first reported that Cooper and Shayk might be on the rocks. "Things get a little bit better but then they find themselves back in the same place of questioning whether being a couple is what's best," a source told the network. "They want to stay together for their daughter, but neither of them are very happy." Just a few days later, CNN reported that the couple had officially parted ways.

However, it seems that through thick and thin, their focus was primarily on their daughter and her wellbeing. Shayk gave birth to Lea De Seine Shayk Cooper in March of 2017, People reported. At the time, Cooper and Shayk had been together for at least three years.

Now, the couple remains focused on their ultimate priority, which is their daughter.

In the latest issue of Us Weekly, a source shared that they want to keep their relationship "civil" for Lea's sake, and that they already have a plan to split parenting duties in line.

“They both work and have a nanny,” the source told Us. “They’ll coordinate to make sure their daughter is always with one parent. When Lea has important events in her life, both Bradley and Irina will be there.” They continued: “It was obvious their romantic relationship was over. They’ve been coparenting and doing things the way they intended to continue after splitting up.”

Though the couple is notoriously press-shy, and preferred to keep their relationship private, Cooper had previously opened up about the "miracle" he finds parenting to be. "Having a child, and having a family of my own — which is a miracle and something I’ve always dreamt of — has opened me up even more, I guess, to the day, and to be present,” he said in an interview with NPR.

Through it all, Cooper and Shayk have been pretty quiet about their relationship and their lives as parents, and in an interview with Glamour UK, Shayk opened up about why they felt that was the best route for them, particularly as public figures.

"I have a lot of friends who share a lot of their personal life on Instagram or social media, very publicly," she told the magazine. "I admire it and I think it's great — but I think it's all about personal choice. Because my work requires me to be out there, I just decided my personal life will be quiet. That's why it's called personal, because it's something for you and your family and I feel happy with it."

It's totally respectable that the couple has felt this was the best option for their family, and it seems that even though they've decided to go their separate ways, they're clearly prioritizing their daughter and showing one another tons of respect in the process, which is really the best possible outcome of an often challenging situation.