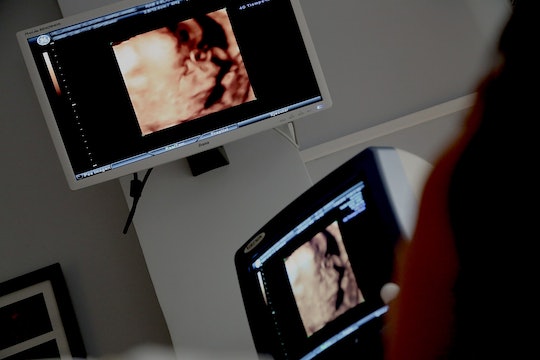 Babies born prematurely can face some tough challenges in their first few weeks of life, some of which can have longterm effects on their development. A new study says those impacts might be detectable before a baby is even born. New research shows brain impairment in preemies while they're still in the womb, leading researchers to wonder about the connection between premature delivery and certain neurological conditions.

Premature birth is defined as being any time earlier than the 37th week of pregnancy, according to the CDC. In 2015, about 10 percent of infants born in the U.S. were premature. Babies who are born too early sometimes don't survive: in 2013, 36 percent of infant deaths were from causes related to being born preterm. Researchers have been eager to understand what causes preterm birth, and find out what steps could be taken to prevent it.

A new study, conducted at the Yale School of Medicine, is the first of its kind. Researchers used an functional MRI (fMRI) to observe the brain activity of 32 fetuses that were still in utero. They wanted to know if factors that could contribute to a baby being born prematurely could also have an impact on the development of their brains, causing them to have a higher risk of developing neurological conditions like autism, attention hyperactivity disorder, or cerebral palsy.

The study used fMRI machines to monitor the brain connectivity of 32 fetuses, 14 of which went on to deliver prematurely. They found that the babies who went on to be born early had weaker neural activity than babies who made it to term.

Science has known for a while that babies born prematurely can have speech and language delays as they grow up. So when researchers found that these areas of weakness in the fetuses' brains corresponded to the preverbal region of the brain in the left hemisphere, it actually made a lot of sense.

Babies can be born prematurely for a number of reasons. According to the CDC, some of the most common reasons a baby is born preterm are: infections, multiple pregnancy (like twins or triplets), or the mother is using drugs, smoking, or experiencing a great amount of stress.

Further study is needed to strengthen these findings, but since this study was the first of its kind, it's a pretty compelling start. Researchers are getting closer to understanding the factors that might contribute to preterm birth both from within the womb and outside of it. Identifying and understanding the causes of prematurity can help them develop ways to prevent it, and better support babies who are born before they're fully developed.

The study shows that there's a lot we still don't know about why babies are born prematurely, and what impact preterm birth might have on them as they grow up. But it's a definite start in addressing a worry that many parents have, and one that might be more preventable than we realize.