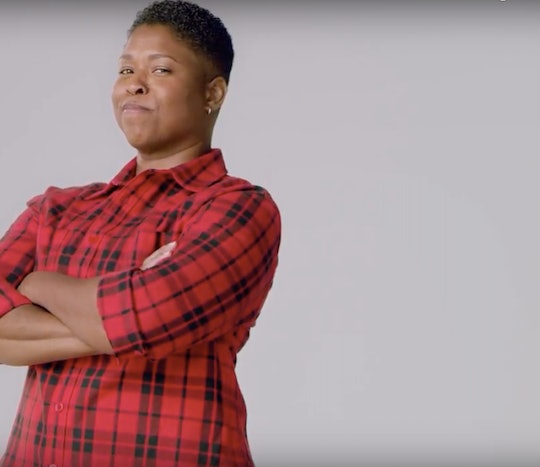 The company released a statement Wednesday afternoon in which it discussed the meaning behind the new campaign, and why the company decided to highlight strong women during the month of March. The aptly named, #StrengthHasNoGender campaign will last all month long, and will feature a new design on the brand's paper towel packaging in which a women will be wearing the famed red plaid button down shirt, instead of buff man that usually comes on the packaging. However, that isn't all the company is doing to pay homage to strong women everywhere. The campaign also features a collection of clips on the Brawny website highlighting real women who have all made great strides in their own way.

In the aforementioned four separate videos, directed by Alison Klayman, Brawny is highlighting a diverse group of women who have done great work in their fields, all of which are usually male-dominated. The women include:

Dr. Anna Kornbrot – an oral surgeon and clinical assistant professor of OMFS at Penn Dental School who was the first woman to graduate from Columbia College

Patty Lopez, Ph.D. – a platform applications engineer at Intel who has released more than 50 products across five business lines over her career and holds seven imaging patents

And while most women are already aware that women can do anything men can do, Brawny's new campaign is still important. By replacing a typically buff, brawny man with a strong, powerful woman on its packaging, Brawny is showing the world that women deserve the same opportunity as men to prove themselves.

The company's website also reveals that it will be making a significant charitable donation for the future women of tomorrow:

For Women’s History Month, we’re partnering with Girls Inc. and contributing $75,000 to help girls’ enthusiasm for STEM fields as part of its Operation SMART program

Obviously, Brawny's campaign strategy is poignant given the current political climate, and its attempts to highlight women throughout history who have made important strides is a refreshing tactic to see from such a large brand.

Good work, Brawny. It's true that #StrengthHasNoGender, and women in the STEM fields, and every other field, deserve to be recognized for their work.