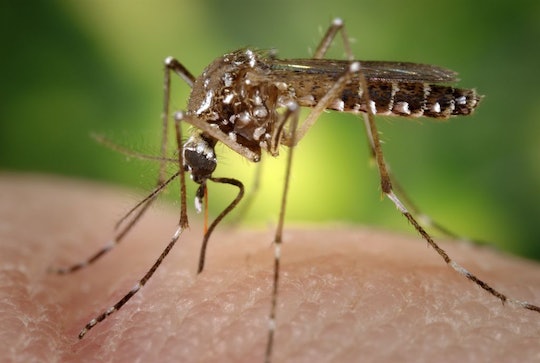 Brazilian health officials have shocked the world by warning women in Brazil against getting pregnant, according to CNN. The reason for this surprising news? Officials recently linked a surge in cases of newborn microcephaly, a serious neurological condition, to pregnant moms who are infected with Zika fever, a mosquito-borne virus. The precise nature of the link isn't fully established, but doctors noticed that the surge in microcephaly coincided with the surge in Zika, especially in northeastern Brazil.

When researchers subsequently established that most infants born with microcephaly had moms who reported Zika-like symptoms, it was enough evidence for Brazil's Health Ministry to release a message to the public. "This is an unprecedented situation, unprecedented in world scientific research," the ministry's website stated, according to CNN. Angela Rocha, the pediatric infectologist at Oswaldo Cruz Hospital in Brazil, told CNN that, though getting pregnant is a "personal decision," doctors in Brazil are recommending that women at least consider putting it off.

The surge in microcephaly has been dramatic. In 2015, Brazil saw 2,782 cases of suspected microcephaly, which is a fivefold increase over the yearly average since 2010, according to Bloomberg View. The rare disorder, which is characterized by a small head size, has no cure, and it leads to a wide range of significant developmental issues, according to the Mayo Clinic. It's no surprise, then, that Brazilian doctors and health officials are taking the likely link to Zika quite seriously.

Health officials told CNN that Zika might have been introduced last year by tourists from Asia and the South Pacific who came to Brazil during the 2014 World Cup. Zika fever was first discovered in Uganda in 1947, and it's one of the many illnesses spread by the notorious Aedes aegypti, a mosquito species that's responsible for spreading dengue fever and yellow fever to human hosts.

Since appearing in Brazil in 2014, at least half a million people have been infected with Zika, according to CNN. Frequently, those affected don't show any symptoms, which has made the illness difficult to track. To make matters worse, only 16 government-controlled labs in Brazil are authorized to perform the complex process of testing for Zika, according to The Chicago Tribune. Symptoms during early pregnancy — when they're shown — include mild fever, rash, and headaches.

The question on many people's minds, of course, is whether Zika fever will continue to spread. For now, the answer is uncertain. Zika fever pops up occasionally in the South Pacific and areas of Asia, though there has never been a serious pandemic. According to CNN, there are fears of a major outbreak in Rio de Janeiro. For now, though, most cases remain in northeast Brazil.

Unfortunately, it may take years for researchers to more fully understand the connection between microcephaly and Zika fever, so for now, women in Brazil will need to take the warnings into consideration and decide what's best for themselves and their families.