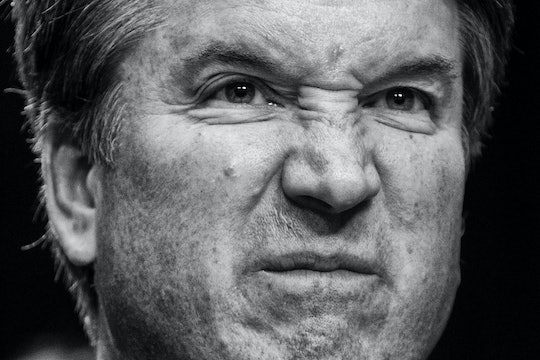 On Wednesday, TIME magazine released its annual list of 100 Most Influential People, a round-up that has included controversial figures in the past. This year, some people are furious that Supreme Court Justice Brett Kavanaugh made TIME's list, who was accused of sexual assault by Dr. Christine Blasey Ford in July 2018. Ford, who also made TIME's list, now shares the same space as the person she claims tried to rape her at a high school party back in 1982.

It's first important to note here how TIME choses its "100 Most Influential People" list. TIME's editor-at-large touched on this issue in 2004, stating: "First, there were those who came to their status by means of a very public possession of power ... Others, though they are rarely heard from in public, nonetheless have a real influence on the great events of our time ... Still others affect our lives through their moral example."

Although the list can and does feature people who are generally well-liked and display exemplary leadership, the key is influence. And considering Kavanaugh did dominate the public landscape for months before he was confirmed to the Supreme Court in October 2018, according to The New York Times, it makes sense why he made the cut.

But just because something makes sense, that doesn't necessarily make it right. Actress Jessica Chastain drew attention to this opinion on Wednesday, tweeting: "You put her on the same list as the man she said assaulted her. So disappointing @TIME Christine Blasey Ford > Brett Kavanaugh."

"TIME magazine profiling Christine Blasey Ford alongside the man who sexually assaulted her is peak 'both sides' and I'm so tired," someone else said. Kavanaugh denies Blasey Ford's accusations, as the Washington Post reported.

Another person tweeted: "Imagine making Time's 100 Most Influential People list because you accused a prominent man of sexual assault, and then finding out he is on the same list. How many ways can we keep re-traumatizing Blasey Ford."

TIME did not immediately respond to Romper’s request for comment regarding the backlash.

For those who didn't watch Ford's public testimony in September 2018, she made a number of disturbing allegations against Kavanaugh.

"I believed he was going to rape me. I tried to yell for help. When I did, Brett put his hand over my mouth to stop me from screaming," Ford alleged in a prepared statement, according to CNN. "This was what terrified me the most, and has had the most lasting impact on my life. It was hard for me to breathe, and I thought that Brett was accidentally going to kill me."

Kavanaugh strongly denied any wrongdoing, but Ford has consistently maintained her version of events.

Ford faced quite a bit of backlash after coming forward with her allegations.

One of Ford's attorneys, Lisa Banks, touched on this backlash in an interview before her client publicly testified.

“Since that time, she has been dealing with hate mail, harassment, death threats," one of her attorneys, Lisa Banks, told CNN after her allegations became public. "So she’s been spending her time trying to figure out how to put her life back together, how to protect herself and her family."

Since Kavanaugh's confirmation, Ford has continued to receive death threats on account of her testimony, according to NPR.

Now, on top of all of this, Ford is featured on the same public list with the person she claims sexually assaulted her.

It's difficult to imagine what Ford and other victims of sexual assault must be feeling at this moment. What does it say, for example, when a well-known magazine includes a person accused of sexual assault on its 100 Most Influential People list? And even worse, what message does it send to people who might be afraid to come forward with their own story?

Whats especially upsetting about this situation is how Ford has once again been thrust into a controversy she didn't ask for or deserve. As some might remember, Ford was hesitant to speak out in the first place, admitting that she was "terrified." Ford admirably persevered through her fear for a higher cause, however, a sentiment California Sen. Kamala Harris spoke to in a written profile for TIME.

"Christine Blasey Ford’s ambition wasn’t to become a household name or make it onto this list," Harris penned. "She had a good life and a successful career — and risked everything to send a warning in a moment of grave consequence."

She continued: "At her core, she is a teacher. And through her courage, she forced the country to reckon with an issue that has too often been ignored and kept in the dark."

All of Harris' words about Ford are true. As Chastain and others have mentioned, it's just unfortunate that her light and influence has to share a space with Kavanaugh at TIME.