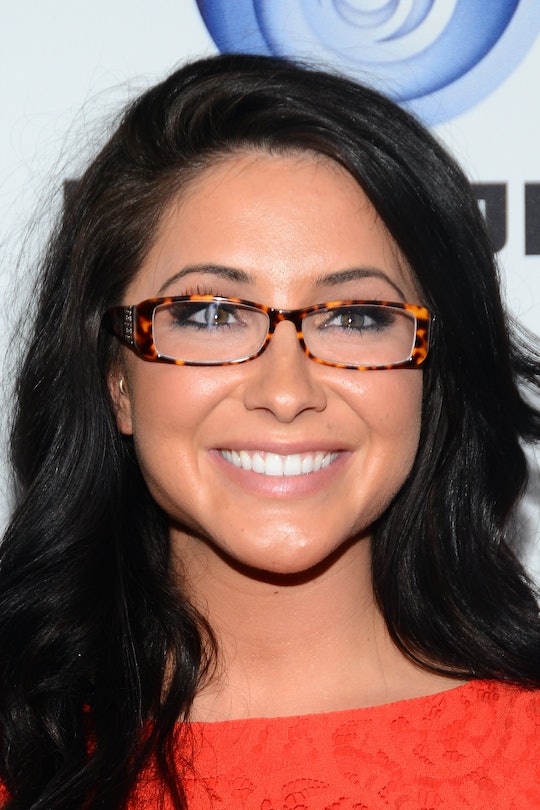 It's baby number three for Bristol Palin, and, this time, the mom of two is "so excited" — especially to announce that she's expecting a girl. The 26-year-old daughter of former Alaska governor and 2008 vice presidential candidate Sarah Palin has weathered unplanned pregnancies in the public eye, but there were only smiles in sight when Bristol Palin shared her baby's sex on Instagram Thursday. Along with husband Dakota Meyer, the onetime Dancing with the Stars contestant will welcome their second child together sometime in the spring.

"Dakota and Tripp officially outnumbered," Palin captioned the sweet snap, giving a shoutout to her 8-year-old son, whom she shares with her ex-fiancé, Levi Johnston. "So excited to let you all know, ITS A GIRL!!"

Palin and Meyer, who is a former Marine and Medal of Honor awardee, already have one daughter together. Sailor Grace was born in December 2015. But, as Palin wrote on the conservative blog Patheos, she had fully expected her next baby to be a boy like her first. And her "jaw dropped" when she finally let Meyer tell her otherwise, as she shared on the blog:

Honestly, it was a shock. I tried to not find out the gender. But when we went to the appointment, Dakota didn’t want to wait. It’s really hard for one parent to know a big secret like that and the other to not know. Of course.

The couple wrote that "God has blessed us so much" in a statement to Entertainment Tonight sharing the news of the pregnancy in December. The tone of the announcement was markedly different than that of Palin's previous two, because those pregnancies were unplanned. Palin became pregnant with Tripp as a 17-year-old high school senior in 2008 while her mom was on the campaign trail. It caused a not-insignificant kerfuffle in the tense political sphere, as Sarah Palin and presidential candidate John McCain were pursuing the White House as members of the conservative Republican party. Former Gov. Palin even announced that her daughter planned to marry the baby's father, Levi Johnston, at the time, according to a CNN report, although that never actually happened.

And Palin and Meyer had not yet married in 2015 when they learned that they were expecting Sailor Grace in 2015 — obviously a hard situation for the young mother, who was concerned about the public's judgment. "Honestly, I’ve been trying my hardest to keep my chin up on this one," she wrote in a statement revealing the news, according to The Washington Post. "I know this has been, and will be, a huge disappointment to my family, to my close friends, and to many of you."

But, after a breakup and subsequent reunion, the two got married in June 2016.

The Palin-Meyer family appears to be happy and healthy, and really, that's all anyone can ask for. Congratulations to the growing family!