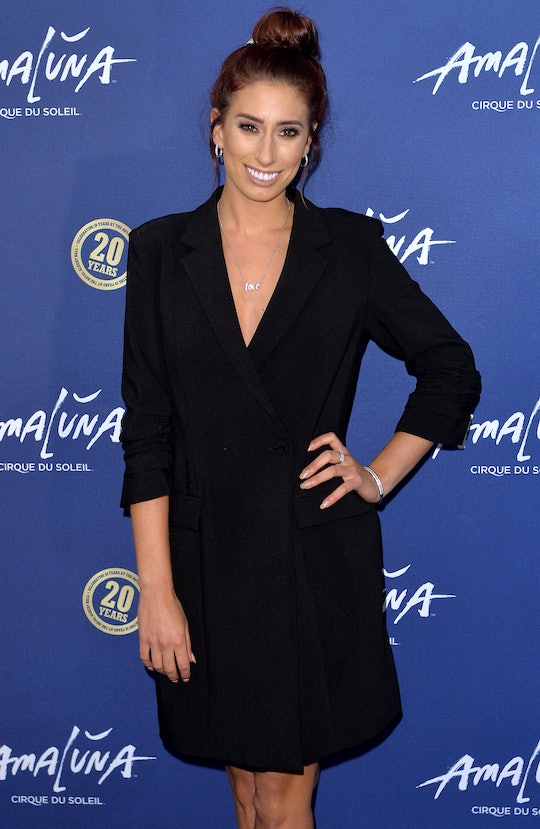 There is by no means a deficit of actual news or interesting conversation to have in this world. And yet for some reason, the people behind British tabloid the Sun decided that comparing the breasts of two British singers was a worthwhile use of their time on Earth. Luckily, singer Stacey Solomon fired back at the tabloid for shaming her post-baby body, and thousands of supporters quickly backed her up. Now, the shamers have become the shamed, and all is right.

In the article, which appeared on Sunday, the Sun featured side-by-side creepy paparazzi pictures snapped of Solomon and fellow X Factor alum Louisa Johnson, in which both women were wearing bikinis. The text read,

X Factor stars show it's a case of sinky pinky and perky with contrasting bikini styles. Stacey, 26, who finished third on the 2009 series of the talent show, seemed to have trouble keeping hers on while on holiday in Ibiza. Meanwhile, last year's winner Louisa, 18, showed how it should be done while on a break in LA.

A caption also read, "Top flop... former X Factor singer Stacey gets that sinking feeling." Why was this page ever printed? So. Much. Rage.

Solomon, who has two sons, wasn't content to take the tabloid's body shaming on the chin. She fired back on Instagram and Twitter, writing, "I LOVE MY BODY @TheSun. My boobs are a result of being pregnant & breastfeeding, and I love them. I am just as sexy!"

To state the obvious for a moment: Johnson and Solomon's bodies have gone through very different things. But even if Johnson had also given birth to two children, there is still absolutely no need to compare the bodies of two women and declare one "better."

Many cheered Solomon's confidence and the way in which she stood up for herself, including Johnson, who also seemed to see the story for the load of garbage it was.

I imagine that women in the public sphere have to bite their tongues a lot. These women receive so much negativity about their bodies that responding to each insult could easily take up a lifetime, and they have plenty of other important things to do (like, in Solomon's case, be an awesome singer). There's a reason why "don't feed the trolls" is a thing. Trolls are ravenous little beasts who never get full. Plus, they multiply like bunnies.

But sometimes it is oh so satisfying to watch at least some of the trolls get their comeuppance. (See Jennifer Aniston's recent Huffington Post piece for another kick-ass example of this.) So thank you to Solomon for that.

Now that Solomon has delivered her rebuke, she can get back to her sunny holiday with her boys and, as she cheekily called them in a Tweet, her "saggy maggies."

As for the people at the Sun who wrote and ran the story, I like to imagine them wandering in the rain, reexamining the way they talk about women's bodies, and deciding to do better.