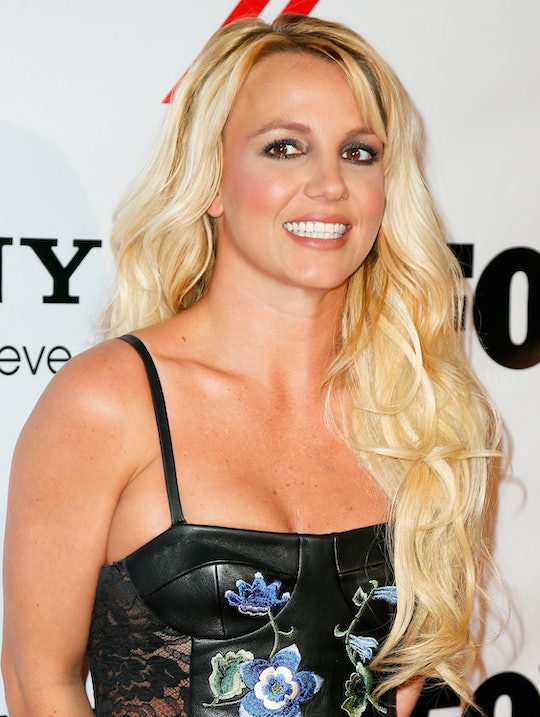 Britney Just Announced A New Album, & Here Are 5 Things We Need From It

Britney Spears. Queen Britney. Pop princess extraordinaire to whom we all bow down. In what is quite possibly the best news ever, Britney Spears just announced a new album, and we are totally beyond psyched. After what feels like an eternity of waiting — and binge-watching clips from her amazing Vegas residency in the meantime to stave off our collective longing — Brit has finally shared the news that she is working on new material, tweeting about it and posting to Instagram with the awesomely cryptic hashtag, #b9 (possible album title? Or just shorthand that this is her ninth album? WHO KNOWS).

Spears has emphasized that she intends to take her time on this album and not rush anything, and she’s been upfront as well about wanting to only work around her kids’ busy schedules (#momney). So since we’ll probably still be waiting a while for some new stuff, it seemed only fair to go ahead and suggest some of the things we want — no, need — from this new album going ahead. You know, in case she’s down for a little crowdsourcing (please be down for crowdsourcing!)

We all know that Britney’s had plenty of hits and misses throughout her career, so in the spirit of making this new offering her very best one yet, here are some suggestions on what she’ll probably want to include:

More Like This
Freeze! The Single From The New 'Bluey' Album Just Dropped
Meghan Trainor Shares Baby News After Dropping Hints On TikTok
Nick Cannon Gives In To Chaos In A Cute New TikTok With His Oldest Kids
10 Great Podcasts That Will Keep Your Kids Entertained On Your Next Family Road Trip
What Parents Are Talking About — Delivered Straight To Your Inbox