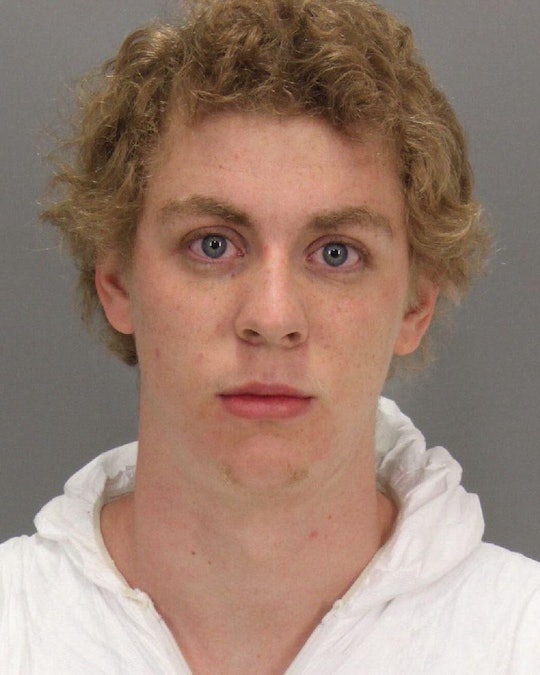 Just when you thought the sexual assault case involving 22-year-old former Stanford student, Brock Turner, could get any worse — it does. New, disgusting details from the case are emerging from the night of the assault thanks to the full police report from the Stanford University Department of Public Safety being shared on the internet. This includes a new detail that Brock Turner allegedly photographed his victim the night of her assault.

In the full police report, one of the witnesses on the scene told the police that he had seen the victim on the ground and "he also noticed a male subject standing over her with a cell phone." The witness claims that a man, possibly Turner, was standing over the victim and holding a cell phone with a bright light pointing towards the victim. When the witness approached the victim to check her pulse, the man was gone.

This witness in particular was neither Peter Jonsson or Carl-Fredrik Arndt, who stopped Turner from running away from the crime scene. It is not known if the man was taking photos of the victim or just shining a bright light in her face, but in court documents obtained by ABC News, there seems to be a clue.

In the documents, Turner's behavior throughout the night seems to confirm the witnesses' report to the police. According to ABC News, in the early hours after Turner was arrested, "police observed a text message sent to Turner in the 'Group Me' application that said 'Whose t*** are those?'" But according to the documents, when the police obtained a warrant for Turner's phone, they were unable to find the specific text messages or the photos relating to the text on his phone.

But that doesn't mean that Turner had taken pictures or sent them to his friends. The text message could have been referring to a photo, sent by another friend in the chat. The man that the witness observed with a bright light over the victim could have been a bystander to the crime and not Turner himself.

According to The Daily Mail, that telling text message was sent by one of Turner's teammates on the swim team at Stanford. And while the detectives could not find any evidence suggesting that Turner had taken photos of the victim — they did find evidence, both text messages and photos, referring to Turner "engaged in excessive drinking and using drugs."