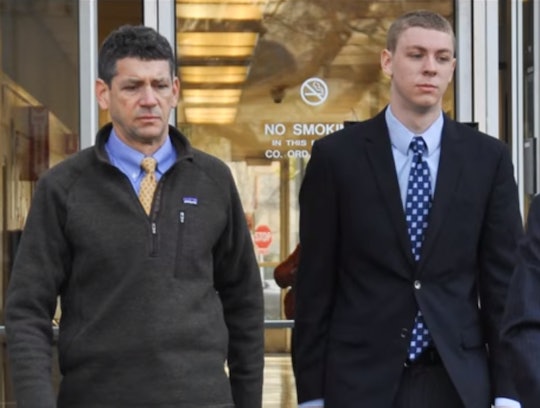 The news of the obscenely light sentence received by Brock Turner, the former Stanford student who raped a woman behind a dumpster, has sparked outrage among any and all people with some semblance of a conscience. Outrage directed towards Turner for his heinous crime. Outrage that Judge Aaron Persky let Turner off with a slap on the wrist: six months in a county jail after being found guilty on three felony sexual assault charges. And outrage against Dan Turner, Brock's father, whose letter to Persky was so tone-deaf, so devoid of anything resembling remorse at having raised a son who could commit such an atrocity. Turner's letter was frustrating for many reasons, but one of the most troubling is that it got so many things wrong about rape.

The letter was shared on Twitter by Stanford professor Michele Dauber, a friend of the victim's family. Not once does it mention the words "rape" or "assault." Instead, Turner referred to "events," "actions," and, most notably, "20 minutes of action," quite possibly the most repugnant euphemism for a violent sex crime that anyone's ever dared put in writing. Turner never acknowledged that his son committed any crime whatsoever, and instead focused on how hard his son's life has become thanks to his "situation," lamenting that the young man no longer enjoys eating pretzels. The closest he came to directly referencing the crime is when he claimed that Brock now wishes to lecture college students on "the dangers of alcohol consumption and sexual promiscuity."

Turner needs to know two very important things about rape: first of all, his son is not the victim. Second, this isn't about sex or drinking; it's about violence.

Brock Turner surely is suffering right now, and will continue to do so. But that's beside the point. His suffering is not the fault of alcohol, Persky, the jury, the victim, or anyone or anything but himself. It doesn't matter that he was drunk, or that the victim was drunk. He was not convicted of being drunk. He was convicted of assault with intent to commit rape of an intoxicated woman, sexually penetrating an intoxicated person with a foreign object, and sexually penetrating an unconscious person with a foreign object. The woman he assaulted is the only victim in this case.

Both of the Turners would do well to remember that for all their talk of "party culture" and "promiscuity," a sexual assault is just that: an assault. This wasn't a hookup between two consenting adults. The victim was unconscious, on the ground by a dumpster, and she woke up in the hospital with scrapes on her back and pine needles in her vagina. Brock Turner caused real physical injuries to his victim, as well as emotional ones. This was a brutal, violent act. As a parent, I understand that it must be hard reconciling the knowledge that his son committed this monstrous deed, but pretending it didn't happen won't help anyone. Dan Turner needs to be honest with himself about the kind of person he raised, and figure out where to go from there.