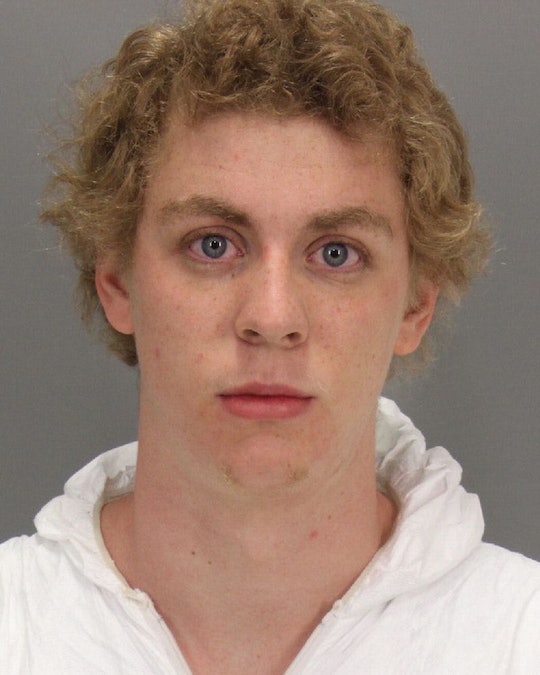 In an effort to sway Judge Aaron Pensky to give him a lenient sentence for his sexual assault conviction, Brock Turner wrote in a letter to the court explaining that he was an inexperienced kid thousands of miles away from home who, because of his inexperience with drinking and drugs, just fell into a bad situation. He tried to portray himself as an innocent who was just trying to fit in with a hard-partying group of friends. But Brock Turner's texts prove all of that was a lie.

In a letter to the court Turner wrote, according to the East Bay Times:

Coming from a small town in Ohio, I had never really experienced celebrating or partying that involved alcohol. Living more than 2,000 miles from home, I looked to the guys on my swim team as family and tried to replicate their values in how they approached college life.

Just taken alone, this statement shows how little responsibility Turner accepts for the actions that led up to his sexually assaulting an unconscious woman behind a dumpster. But even more galling is that a series of texts that were submitted to the judge prior to sentencing prove he's not only a sexual assailant — he's a liar.

But, inexplicably, Turner's dishonesty didn't appear to bother the judge who only handed down a six-month sentence despite the fact that prosecutors asked for six years. Turner won't even serve the full six months, it turns out. The Daily Mail reported that that six-month sentence will likely be shortened to two months, reportedly because officials assume Turner will be on his best behavior.

Prosecutor Alaleh Kiancerci's sentencing memo, according to a report from the East Bay Times, was submitted to the court with details about communications recovered from Turner's cell phone, which prove he was well acquainted with heavy drinking and hard drugs.

There was, according to the memo, a "video depicting the Defendant smoking from a bong and drinking out of a bottle of liquor immediately after taking a 'bong hit," which was captured on the Defendant's phone on December 27, 2014 — more than a month before he assaulted the young woman."

"On December 18, 2014, he sent a message to (a friend) that stated, 'Do you think I could buy some wax so we could do some dabs?' Dabs are a highly concentrated potent form of marijuana that is a THC (tetrahydrocannabinol) concentrated mass," the Prosecutor's memo to the court continued. "They are most similar in appearance to either honey or butter, which is why it is referred to or known on the street as 'honey oil' or 'budder.' Dabs are an increasing problem on campus and with teens as an alternative way to ingest marijuana."

There are also messages talking about taking LSD, MDMA and this text from Turner to someone that read "I've got a hankerin for a good acid trip when we get back... I'm down for sure."

The Daily Mail has a collection of images from Turner's phone doing a bong hit and smoking out of a pipe showing he lied to the court about his drinking and illicit drug use.

But despite this evidence, Persky did not address his dishonesty at the sentencing hearing, adding more fuel to calls that Turner was given preferential treatment by Persky. In fact, four months in county jail was exactly the sentence Turner asked the judge to give him, according to the Mercury News. The maximum sentence for Turner's crime could have been 14 years in prison.

The case against Turner and those who continue to protect and defend him against the reality that he sexually assaulted a woman just keeps getting worse by the day. The East Bay Times also published excerpts from letters submitted from friends and family that include statements like this one from his older sister, Caroline R. Turner, who argued her brother had already suffered enough.

"Goodbye to NCAA championships," his sister wrote to the judge. "Goodbye to the Olympics. Goodbye to becoming an orthopedic surgeon. Goodbye to life as he knew it."

No regret or remorse for the victim. None.

How could Persky have overlooked all of this in handing down his sentence? Something has got to change, and hopefully this case will continue to put pressure on officials to take sexual assault and rape seriously and hand down punishments that actually fit the crimes.