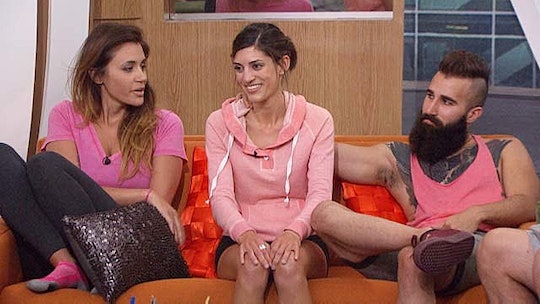 Whether the contestants of Big Brother expect it or not, there is a certain degree of infamy that comes from being a houseguest on the show. Houseguests develop fans, haters, and, depending on how far you get in the competition, thousands (and sometimes millions) of people knowing your name by the end. Although for some houseguests being on TV may be something new for them, for others, this isn't there first time on the small screen. For instance, Bronte D'Acquisto has done commercials before Big Brother 18. It's clear Bronte knows how to work the camera and play any role she needs to in order to stay in the house.

As an actress, Bronte may have a one-up on her fellow houseguests. She knows how to become someone else in order to make friends in the house and get the other houseguests to trust her. This may come in handy to her this week because she's currently on the block and she'll need the house on her side in order to stay. Bronte has played various roles in TV commercials. In one commercial you're average girl next door, alongside another girl and a very heroic dog.

In another commercial for Tanda Zap, Bronte played a bigger role as a young woman who suffered from acne. Although Bronte doesn't have a speaking role, she goest through a wide range of emotions in the commercial and it's clear she has some skill.

But Bronte's most helpful TV appearance is probably when she appeared on My Crazy Obsession as a pet sitter for a couple that was obsessed with cats. As Bronte was interviewed for the position, she was shown around their house that was filled with cats and cat paraphernalia. As she listened, the couple refer to their cats as children and explain that they'd never been away from their cats for so long. She was able to keep her thoughts about how crazy they were to herself until after her job interview.

Although the Big Brother 18 houseguests are a different degree of crazy, Bronte definitely has the experience to deal with anything they might throw at her. Between that experience and her acting chops, Bronte has a solid arsenal to survive eviction this week and hopefully live to fight another week in the house. Good luck!