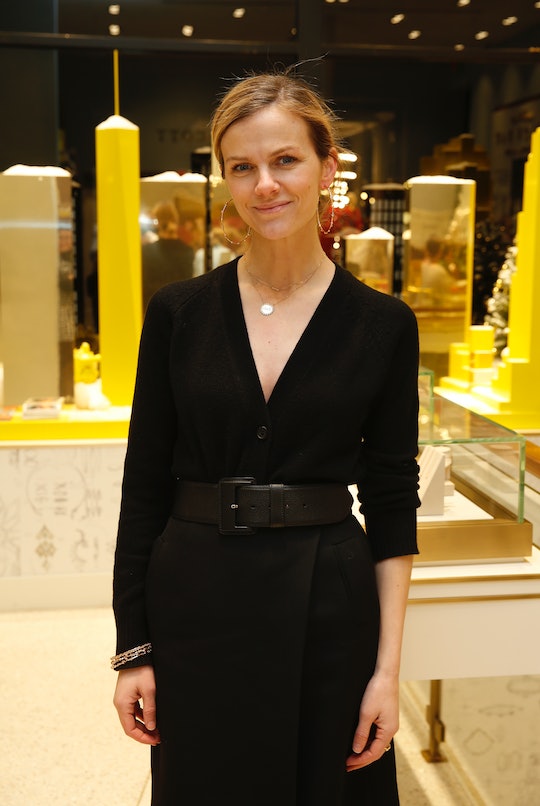 Brooklyn Decker Got Body-Shamed, But Her Response Was The Epic Part

Brooklyn Decker is one of those actresses especially known for her looks, but after having two babies, she has found, as many moms do, that those looks may have changed a bit. So when someone asks you what happened to your old, glamorous self... well, gee, that's likely going to be something that's going to boost your self-esteem. Decker’s response to someone shaming her post-baby body is so refreshingly honest, it makes me like her even more.

As People reported, Decker shared on Twitter that she gets a lot of comments in general from people who are "confused" that she doesn't look the same as she used to.

The magazine reported that one "fan" said she "looked so good" in her 2011 movie, Just Go With It, but now appears “gangly" in a tweet that looks to have been deleted.

The Grace & Frankie actress and mom of two kids, Hank, 3, and Stevie, 14 months, as Entertainment Tonight Canada confirmed, really shined in her response to the attempted shaming.

"What happened to @BrooklynDecker She looked so good in Just Go With It … Now she looks gangly and where did her body go?? I’m confused," ET reported that the now-vanished tweet said, to which Decker replied by doing just what I've told my kids to do when it comes to bullies: throw them off by agreeing.

"For the umpteenth time — because people love to comment on my body (or lack thereof) my children sucked the life out of my body and left behind a bag of bones. I don’t know what else to tell you. I miss my boobs too. I don’t even know what to call them now," the actress, who has been married to tennis star Andy Roddick since 2009, responded in stride.

I just love this reply.

Decker, who also recently appeared on Lip Sync Battle with Roddick, according to PopSugar, seems wise enough to know that this is one controversy she just can't win. I never fail to marvel at just how deeply people (in this case, another female) love to pick on women in the public eye.

Often it's about their looks, and more often than not, how said beauty has allegedly diminished as the woman had children or time has marched on. As if no one should dare age or change.

And most people were on Decker's side. "❤️gorgeous, funny , sarcastic, hard working mum ❤️," one fan replied in support, while another weighed in that "Not that you need mine or anyone else’s validation but your body is fine." A third said, " I’ll take your post-baby bod any day!"

Also because Decker can take a punch, when another mom weighed in on her own cleavage shrinking post-baby, Decker replied that "the funny thing is I haven't had the time to buy new bras, so they are like empty shells of their former life. A daily reminder of what once was! 😂"

Look, the fact is, if you have a two little kids, star in a TV show, and also have started a new clothing app, as the actress has, according to CNBC, well, even if you have all the help you need in order to pull it all off, you're still going to be crazy-busy, as in too busy to shop for new lingerie or worry about every morsel you eat.

You do your best to keep your home, your family, and your body running, and that's just got to be good enough.

I would defend Decker online in this one, but her confidence and humor in answering people who seem as though they may just not have the life experience yet to understand shows me that she doesn't need anyone's help.