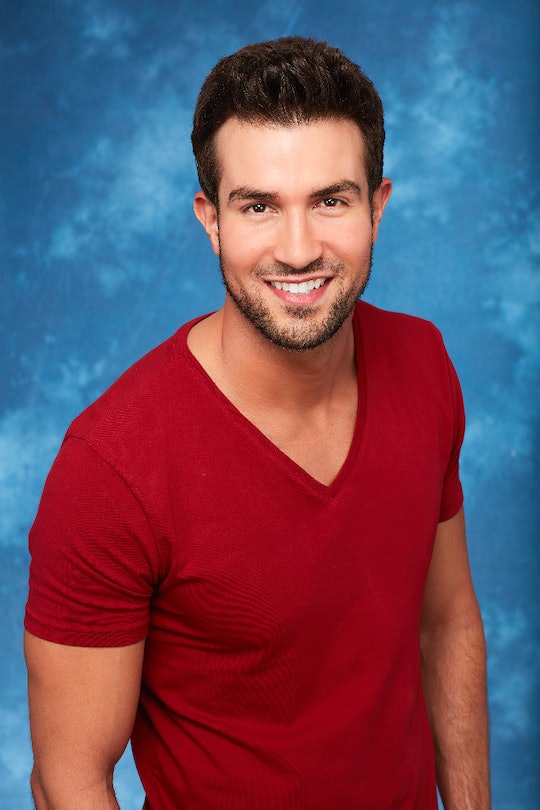 Bryan Received A Big Honor On 'The Bachelorette'

Bachelor Nation knows that on Nick Viall's season of The Bachelor, he gave Rachel the first impression rose on the first night. It showed how much he was into her, and it was an indicator that she would go far in the competition. Rachel, then, was very aware of how important that first rose could be and took time to think about who should get it during The Bachelorette premiere. There was one contestant that made himself stand out, in a good way, and won Rachel over to secure his spot. Bryan won Rachel's first impression rose on The Bachelorette and they're already really into each other.

Chris Harrison didn't have much to say about Bryan during the Facebook Live announcement of this season's contestants. He's 37 years old, which Harrison called "ancient" in terms of The Bachelor (nice one, Chris) and said Bryan was a "good guy." Viewers were able to see more of him in the premiere episode, thankfully, and saw that he charmed Rachel from the start. When he came out of the limo, he started speaking to Rachel in Spanish and asked if she's ever dated a Colombian guy before (she has not). According to Bryan's bio on ABC's site, he's been speaking Spanish since he was young. "Taught to me by my mom who speaks to me primarily in Spanish," he said.

Rachel said later that Bryan stood out from the beginning, and that she was already smitten from their first encounter. Later at the cocktail party, Bryan told her he's a chiropractor, ergo "good with his hands" — not the best line Bachelor Nation has seen a contestant pull, but far, far from the worst (see: "whaboom"). After a little more Spanish conversation, Bryan took it upon himself to kiss Rachel and she said in a confessional that she loved it. It was no surprise, then, that her first impression rose went to Bryan.

It was apparent that fellow lawyer Josiah thought that he was going to be the lucky guy — he even put the rose on his jacket after Harrison dropped it off. When Rachel took the rose and traipsed out of the room, though, he and the large group with him realized that it wasn't any of them. Bryan made it aware, though, that he knows other contestants are going to step up their game now that the "competition" to win Rachel's heart has officially begun.