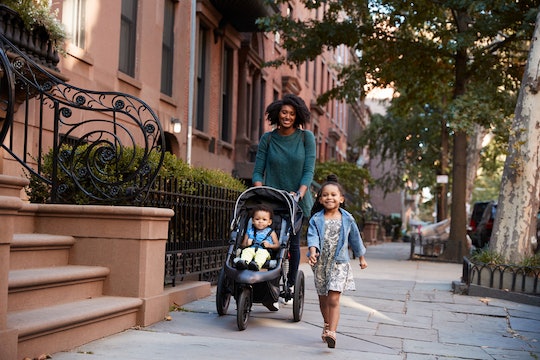 Bullying. It does not discriminate. It happens to people of all ages, sizes, creeds and races. It’s something we’re always giving our kids advice about, and if you do a Google search, there are pages upon pages related to how to deal with schoolyard bullies. Sometimes, we even take matters into our own hands. (Remember that hilarious scene in the movie This is 40 where Leslie Mann’s character confronts the boy who’s teasing her daughter?) But what about when the victim is you? What about the bullying prevalent in mom circles, at work, out in the adult world?

When it comes to instances of adult bullying, it seems to be a taboo topic. Case in point, when I went to crowd-source for this article via social media, instead of the usual flood of responses, I received just a few, including several private messages from women who said that they had stories to share, but did not feel comfortable sharing them publicly for fear of retaliation from their bullies, or even just personal shame. It affects people from all walks of life – news reporters, moms, CEO’s.

Karen*, a 40-year old mom-of-two in New Jersey, is being mom-shamed so badly, she didn’t even want Romper to use her real name. Even worse, this fellow mom is her neighbor. “At first, I was friendly with this person. Our sons play football together, we live next door to each other and we seemed to get along great,” Karen tells Romper.

Then, things began to change.

“She’d start sending me text messages that were borderline harassment. For example, I’d post pictures of myself and other family members at a family outing and she’d text me ‘I saw you put some pictures online. Do you need attention?’” shares Karen.

“It got so bad, I had to block her from my social media pages. Then, if I ignored her calls and texts, she’d call my house phone or even worse, drive by or show up at my house! I felt stalked!”

Karen is acutely affected by these interactions, but she feels she has no one to turn to for help.

Thirty-one percent of those surveyed said they’ve been bullied in their adult years.

“Our culture thrives on silence when it comes to someone trying to hurt us on purpose,” says Liz Schau, a certified holistic health coach based in San Antonio, Texas. “The #MeToo movement was a good start in creating a climate where secrets are no longer acceptable,” she tells Romper via email. “You can find a constructive way to share what has happened to you without calling them out, so that strangers and followers can learn from your story.”

Bullying can be defined as “repeated, negative behavior that’s intended to harm or intimidate.” According to a recent Harris Poll on behalf of the American Osteopathic Association, 31 percent of those surveyed said they’ve been bullied in their adult years, and it’s caused them stress, anxiety, depression, and loss of confidence. Some even said they had mental breakdowns because of it.

Here’s what to do if it’s happening to you.

According to Schau, secrets make us sick – literally. Sharing your story openly and honestly is therapeutic for you, and for others. That’s exactly what news-anchor-turned-author Catherine Bosley is doing.

In 2003, the now 51-year old stepmom-of-two was vacationing with her husband in Key West when she made a fateful decision. Recovering from a near-fatal illness, Bosley decided to “let loose,” and unfortunately, there was a witness — with a camera. Those photos landed in the wrong hands. Soon, she learned they had been posted online, and she was promptly fired from her job at an Ohio TV station. One photo even made its way to the pages of Hustler magazine, without her permission.

Her story caught the attention of national news media outlets who weren’t interested in Bosley’s reporting skills. Strangers online brutally bashed the blonde for the way she looked in the photos — her private photos. She contemplated suicide. “Looking back, I was shocked at how I let myself be brainwashed by cyber-bullies. I’d always been so confident before,” she tells Romper.

Bosley says her faith, family and friends came to the rescue, and she took a series of actions to get her life back in order. The former reporter sued Hustler (and won), got back into TV in Cleveland, an even bigger market than she’d worked in before, and is currently planning to share her story in print with her upcoming memoir The Bare Facts.

Separate Yourself from the Situation

Taking a step back, or even walking away entirely, gives you time to calm down and make sure you’re safe, advises Dr. David J. Puder, Medical Director of the MEND partial and intensive outpatient program at the Loma Linda University Behavioral Medicine Center in Loma Linda, California, in an email to Romper.

That’s exactly what entrepreneur and intimates designer Tara Cavosie did when she encountered a boardroom bully.

“I will never forget a meeting I had with one of the biggest intimate apparel companies in the world,” says the 48-year old mom-of-two. “As I sat face-to-face with a top male executive and his all-female design staff, the executive informed me that women were stupid and it was our jobs to tell them what they needed with our products.”

Cavosie was not only embarrassed herself by his comments, but says she was embarrassed for his staff and their customers as well. The founder of HookedUp Shapewear vowed to not only never work with that company again, but that she herself would change those views on female consumers through her work with her own company.

“Bullies want to pull someone else down to make themselves appear superior,” Schau tells Romper. In Cavosie’s case, this CEO preyed on women. But Schau says she did the right thing by utilizing that experience to strengthen her own reactions should another situation arise like this in the future.

Put Up a Mirror

Instead of retaliating, or stooping to their level, Schau says bullies often respond to “reflection.” This means having the courage to tell the bully exactly what they are doing to you, and how it affects you.

That’s what New York-city based freelance writer Aly Walansky did when her best friend seemed to choose her roommate, over Walansky’s friendship. “My best friend of 15-years moved in with another friend who was constantly belittling me and calling me names,” she explains. Sometimes, he even took his bullying to social media, going as far as to tag her in posts. “I was always nice to him, and despite that, he was mean to me. I finally told her how I felt, and she took his side.”

Sadly, it cost the duo their friendship, and the loss of several mutual friends. But, Walansky feels she learned something from it. “If she feels it’s OK for her friend to treat me or anyone else that badly, that’s not someone I’d want to be friends with anyway.”

Blowing the whistle on a bully can be just what needs to be done, to make the bully go away, says Schau. “Bullies usually want to look good at all costs, so turning to someone else to help solve the problem can stop the issue because they will want to save face.”

But beware when using this tactic warns Schau. It can backfire if the person on the listening end has never seen behavior like you’re describing from the bully, and can cause that person to instead question you.

Calling me a bad mom was it for me.

For Karen, in New Jersey, the last straw was when the 45-year old woman lectured Karen after she spotted her texting at their sons’ football game.

“I responded to a somewhat urgent text and she saw me do it. She then proceeded to tell me how I was on my phone too much, and missing out on crucial time with my children. Calling me a bad mom was it for me.”

Karen is so distraught from this bully’s actions that she and her husband have listed their home for sale. All of Karen’s friends know the reason she is moving, but she’s decided to not share it with her former friend.

“I wouldn’t give her the satisfaction,” she says.

Editor's note: This post has been updated to clarify Catherine Bosley's story.