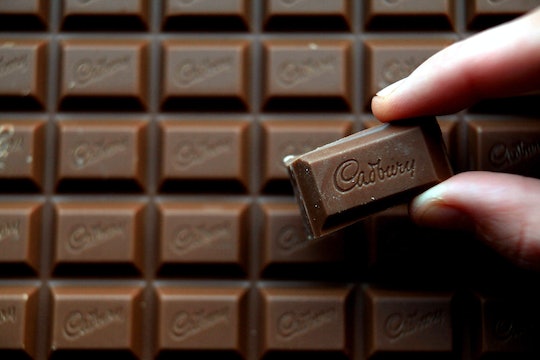 Psst! This Company Is Hiring Chocolate Taste Testers & It Pays Almost $15 An Hour

Everyone’s dream job is now open for applications. The makers of Cadbury, the second-largest confectionery brand in the world, announced that it is hiring four professional chocolate taste testers. And if that didn't sound good enough, it gets better. You don't need any experience to apply.

Candidates for the job will be tested on their ability to detect differences in chocolate products and must be able to “give objective and honest feedback,” according to the job posting. The chosen candidates for the part-time position will receive training to develop their taste buds and will work on a team of 12 to reach consensus on different products’ flavors, the posting says.

Successful applicants will be paid £10.75, or $14.32, an hour for a maximum of eight hours of work per week to test new chocolate products before they are released in supermarkets across 150 countries, according to INSIDER.

Mondelez International — which owns billion-dollar brands including Cadbury, Oreo, belVita, and Trident — will be accepting applications until March 8, so you need to act fast! As noted on the job listing, accepted candidates will work out of Wokingham, Brekshire, UK, a historic market town located just about 39 miles west of London, so you'd have plenty to do on the weekends.

Competition for this job is expected to be cutthroat, according to INSIDER. A similar job Mondelez International posted in 2017 was one of the most viewed advertisements on LinkedIn and reportedly received 6,000 applications from across the world, as The Sun reported at the time, and applicants ranged from Australia to the United States.

So, do you think you have what it takes to become the next chocolate connoisseur on Cadbury’s team? Here’s what it will take to be a professional chocolate eater. As noted on the job posting, taste testers must:

Also, candidates are required to have the following:

If you aren’t already convinced that the tempting position has a job description crafted in the heavens, just listen to what experts already on the job have to say.

“I really love my job. It suits my lifestyle and all my friends are naturally quite envious!” a chocolate panelist told Manchester Evening News. “There is a lot more to being a Chocolate Taster than you might think. We have to identify really slight differences in smell, texture and even how the chocolate feels in your mouth."

There is one catch to everyone’s dream job, though: according to KWCH, a CBS News affiliate, relocation costs must be covered by the candidate before being paid to eat chocolate.

So are you ready to have the sweetest gig in the world? Apply here before the March 8 deadline to take your shot.