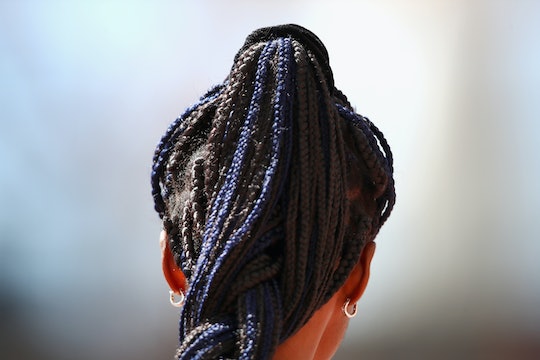 In a historic effort to increase inclusion in the workplace, California has banned discrimination against natural hairstyles such as afros, locks, twists, and braids. The new law makes California the first state to prohibit policies against natural hair that often disproportionately target people of color. It was signed into law Wednesday by California Gov. Gavin Newsom after being unanimously passed by state legislators last month.

"In a society in which hair has historically been one of many determining factors of a person's race, and whether they were a second class citizen, hair today remains a proxy for race," the text of California's Creating a Respectful and Open Workplace for Natural hair Act (known simply as The CROWN Act) reads. "Therefore, hair discrimination targeting hairstyles associated with race is racial discrimination."

The CROWN Act effectively amends California's anti-discrimination laws to define the word race to include "traits historically associated with race, including, but not limited to, hair texture and protective hairstyles." The bill also notes that dress codes and grooming policies which prohibit natural hairstyles like afros, braids, twists, and locks in schools or the workplace ultimately "have a disparate impact on Black individuals as these policies are more likely to deter Black applicants and burden or punish Black employees than any other group."

The CROWN Act argues that "the history of our nation is riddled with laws and societal norms that equated 'blackness,' and the associated physical traits, for example, dark skin, kinky and curly hair to a badge of inferiority." The bill goes on to say that ideas about professionalism continue to be "closely linked to European features and mannerisms," leading those whose natural hair or features don't match those norms to choose between altering their appearance or not getting the job.

"Despite the great strides American society and laws have made to reverse the racist ideology that Black traits are inferior, hair remains a rampant source of racial discrimination with serious economic and health consequences, especially for Black individuals," the bill states.

According to CNN, The CROWN Act has been characterized as being about "inclusion, pride and choice" by the state legislator who wrote and introduced it. "This law protects the right of Black Californians to choose to wear their hair in its natural form, without pressure to conform to Eurocentric norms," the cable news network reported state Sen. Holly Mitchell said in a statement. "I am so excited to see the culture change that will ensue from the law."

On Wednesday, the Hill reported that Newsom hailed The CROWN Act's passage as an "opportunity for California to lead" and said he'd be surprised not to see "a dozen plus states" pass similar laws in the next year. However, the governor also stressed the need to not only implement legislative change, but push for changes to cultural norms at the same time.

"You gotta change the culture, not just laws," the Hill reported Newsom said. "So it's nice to pass a law, but you gotta change people's minds, and we gotta execute that in a much deeper way."