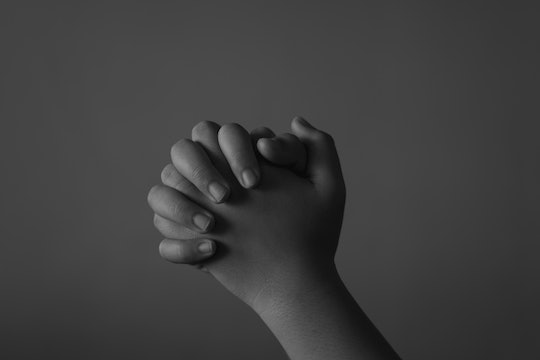 For nearly a week, members of Bethel Church in Northern California have been using prayer and song to try and bring a 2-year-old girl back to life after she suddenly died. Olive Alayne Heiligenthal stopped breathing in her sleep on Dec. 14 at her family's home and was later pronounced dead by doctors. Since then, her parents along with members of the megachurch based in Redding have gathered to sing and pray with hopes of resurrecting Olive.

"We’re asking for prayer," Olive's mother, Kalley Heiligenthal, wrote on Instagram earlier this week. "We believe in a Jesus who died and conclusively defeated every grave, holding the keys to resurrection power."

The Redding Record Searchlight reports that Olive's parents called 911 on Saturday morning and the child could not be revived by medics; Olive was declared dead at a local hospital and her body was then taken to the coroner's office. Sgt. Brian Torum of the Redding Police Department told McClatchy News, per The Sacramento Bee, that while they are investigating Olive's death, which is standard, "it’s by no means at this point a suspicious death."

"We are asking for bold, unified prayers from the global church to stand with us in belief that He will raise this little girl back to life," Heiligenthal, a member and songwriter for Bethel Music, a label within the ministry, wrote on Instagram. "Her time here is not done, and it is our time to believe boldly, and with confidence wield what King Jesus paid for. It’s time for her to come to life."

Bethel Church members have rallied around the grieving family, praying and singing with them. A video with more than 815,000 views shared on Heiligenthal's Instagram on Dec. 18 shows an auditorium full of people singing "All hail to Jesus" and a GoFundMe has also been organized to help "support the family in the coming days." As of Dec. 20, it has raised over $52,000 of its $100,000 goal. The hashtag #wakeupolive has also been added to thousands of posts Instagram and Twitter.

Bethel Church leaders told The Redding Record Searchlight in a statement earlier this week that the church — a "multimillion-dollar organization," according to NBC News, that identifies as nondenominational — "believes in the stories of healing and physical resurrection found in the Bible (Matthew 10:8), and that the miracles they portray are possible today." On Thursday, Olive's mother wrote on Instagram that "Day 5 is a really good day for resurrection."

In a video shared on Instagram this week, Bethel Church pastor Bill Johnson thanked the "countless numbers of people around the world" who've been praying with the church for the resurrection of Olive. "We've been praying for the miracle of God," he said. "Mom and dad, Andrew and Kalley, have asked us to pray for resurrection and we join with them. We have a biblical precedent: Jesus raise the dead."

Johnson also addressed questions about how long the church plans to pray for the toddler's resurrection, explaining: "There’s no manual that tells us 'fast this many days, pray this many hours.' But there’s a biblical precedent that tells us to keep praying."

More Like This
Kids With Head Lice Don't Need To Miss School, AAP Stresses In Updated Guidelines
23 Frightfully Fun Facts About Halloween
10 Horror Movies With Creepy Kids That Will Scare The $#*% Out Of You
Exclusive: Your Favorite Yeti Is Back With More Adventures In New 'Abominable' Series