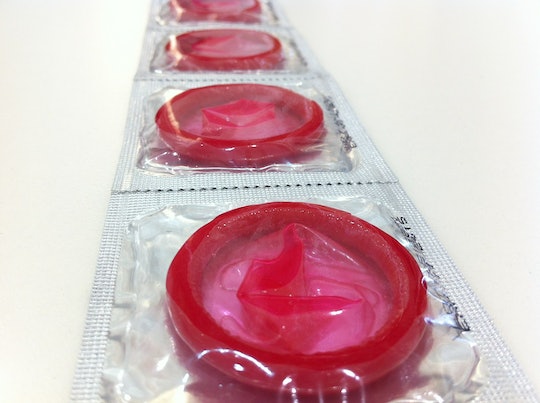 States are now recognizing the practice of "stealthing," i.e. covertly removing a condom or other protective device during sex without the permission of a partner, and are working to make it a prosecutable offense. California introduced legislation making stealthing illegal this month, joining Wisconsin in the fight against sexual assault. Outlawing stealthing will, lawmakers hope, bring awareness to it, and ultimately lessen how frequently it happens.

Wisconsin State Rep. Melissa Sargent proposed a bill redefining the legislative interpretation of consent so that if a "partner removes a sexually protective device, like a condom, during a sexual act without telling the other person who agreed to have sex with that device intact,” Sargent explained to BuzzFeed News, sex would no longer be considered consensual. In addition to condoms, diaphragms, cervical caps, and other devices intended to prevent pregnancy are included in the legislation.

Following along in Wisconsin's footsteps, California State Rep. Cristina Garcia has proposed a bill that would add stealthing to the definition of rape within her state. With a Facebook video, Garcia shared her platform:

Today I introduced AB 1033 to define "stealthing" as a form of rape. Stealthing is the disturbing practice of nonconsensually and intentionally removing or tampering with a condom during sexual intercourse. It is a violation of consent. Without consent, any penetration is rape.

Though it feels like it's just now being talked about, stealthing likely has a staggering number of victims. A quick online search reveals that people brag about stealthing conquests and even establish forums promoting stealthing, offering tips and advice for others. For those who haven't been "stealthed," and those uninvolved in these online discussions, these new legislative measures may be the first time that many are hearing about stealthing at all.

Local police in Wisconsin demonstrated no knowledge of stealthing prior to its recent highlighting, they shared with NBC News, which hasn't surprised Sargent at all. "Why would anyone report something that hasn't been condemned," she asked. In wake of receiving extensive feedback from victims of stealthing, Sargant was able to conclude: "The issue isn't whether or not 'stealthing' is happening, it's whether or not we're going to do something about it."

Sexual behavior without consent, especially behavior that endangers the non-consenting party, should, Garcia and Sargent believe, be illegal. The risk of pregnancy and sexually transmitted diseases skyrockets when a condom is removed — a risk that, one can argue, a partner who consented to sex with a condom did not green light. This type of sneaky, dangerous, and (I'll remind again) non-consensual sexual behavior is not OK, and Wisconsin and California might just make it written law.