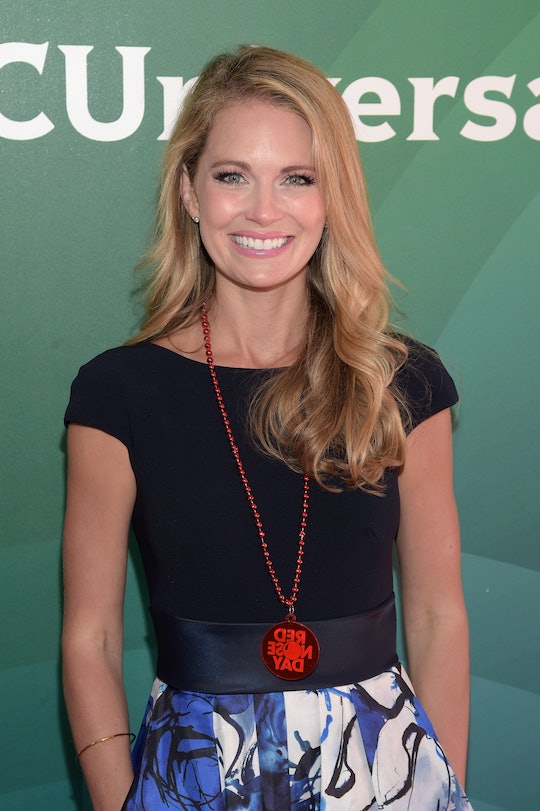 When it comes to a little kid's first Halloween, parents tend to dress them up in whatever they feel like. While this means that some parents opt for traditional costumes (you can never go wrong with an adorable pumpkin), others aren't afraid of getting creative with their kid's first costume. And that's exactly what Eubanks did with her 11-month-old daughter, Palmer, as reported by People.

In a photo, posted to her Instagram account on Tuesday, Eubanks showed off her daughter's Halloween costume, in which she dressed her up like fellow Southern Charm star, Patricia Altschul.

Fans of the show know that this costume is incredibly spot on.

The details are perfect. Palmer's brown wig made out of yarn goes perfectly with her custom caftan modeled after Altschul's custom caftans which she sells online, according to Town & Country. And to put a cherry on top, Eubanks dressed their neighbor's dog, Elvis, as Altschul's butler, Michael, according to People. Fans of the show cannot get over how perfect the costume is, taking to the comments to share their excitement over the costume.

"You win Halloween," one fan wrote.

"Nailed it," another added.

"I'm crying," another chimed in. "This is the best thing I have ever seen."

Even Altschul was impressed with the costume — although she jokingly stated in the comments that it had some room for improvement. "I love it but where is Palmer's martini??" Altschul wrote on Instagram.

In the comments, Eubanks also revealed that getting this photo of Palmer's Halloween costume was nearly impossible. "It took 967 attempts to get this pic without her ripping the wig off," Eubanks wrote. "That's why she is holding a cookie."

By looking at this photo of Altschul and Michael, it's clear to see how spot on Palmer's costume actually is. Eubanks nailed it and Palmer modeled it perfectly.

Fans of the show know that Altschul is a super fabulous Charleston socialite and the mom to Southern Charm cast member, Whitney Sudler-Smith. Altschul designs caftans, entertains guests, and almost always has a martini in hand, according to Bravo. Her butler, Michael, is her right-hand man and the person she relies on to help her get her jobs done (and serve her an afternoon martini). Together, they create a dynamic duo on the show that fans (and cast members like Eubanks) can't get enough of.

Palmer's costume is a great nod to this duo and is enough to make fans excited for the next season of the reality show, which is currently taking a hiatus (it will return next spring, according to Decider). But in the meantime, Palmer's Halloween costume is really the perfect treat for all Southern Charm fans.