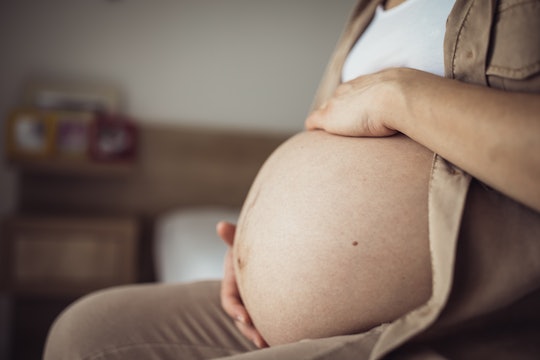 If New York Gov. Andrew Cuomo's latest legislation push is successful, LGBTQ individuals and couples facing insurmountable fertility issues will no longer have to look outside the state when trying to have children. On Tuesday, Cuomo renewed a campaign to legalize gestational surrogacy in New York, calling the state's current prohibition of the practice "shameful."

"New York was the first big state to pass marriage equality, and we are a national leader on LGBTQ rights," Cuomo said in a statement released by his office Tuesday. "It is shameful that we are only one of three states that does not allow LGBTQ individuals and people struggling with fertility to use gestational surrogacy to start families."

Similar to laws in Arizona and Michigan, New York state law forbids surrogacy, noting that such contracts are "hereby declared contrary to the public policy of this state, and are void and unenforceable." Under New York law, anyone who enters into a paid surrogacy arrangement can be fined up to $10,000 while any individual or agency deemed to have facilitated such an arrangement may be found guilty of a felony. Additionally, unpaid surrogacy arrangements are not considered to be legally binding by the state, putting parents at risk.

A vocal critic of New York's current surrogacy law, Cuomo has urged the state's legislators to repeal it and instead enact protections for surrogates and parents. "This antiquated law is repugnant to our values and we must repeal it once and for all and enact the nation's strongest protections for surrogates and parents choosing to take part in the surrogacy process," Cuomo said Tuesday. "This year we must pass gestational surrogacy and expedite the second parent adoption process to complete marriage and family equality."

Along with legalizing gestational surrogacy, Cuomo's proposed legislation seeks to create legal protections for both surrogates and parents. If passed, Cuomo's proposed legislation would establish "the Surrogates' Bill of Rights," giving surrogates in New York a number of protections, including the right to make their own health care decisions and access to comprehensive health insurance and independent legal counsel paid for by the intended parents. Cuomo's legislation would also seek to remove some of the time-consuming and expensive barriers to what's known as the second parent adoption process, streamlining the process to recognize an individual's legal parenthood before the child is born.

Cuomo proposed similar legislation last year, and although it passed the state Senate, it was never brought forth for a vote in the Assembly, where some Democrats voiced opposition to the bill. "It is pregnancy for a fee, and I find that commodification of women troubling," The New York Times reported Assemblywoman Deborah Glick said of the previous bill last June.

Supporters of Cuomo's proposed legislation have refuted critics' claims the bill could lead to the exploitation of women as surrogates by pointing to the protections outlined in the Surrogates' Bill of Rights.