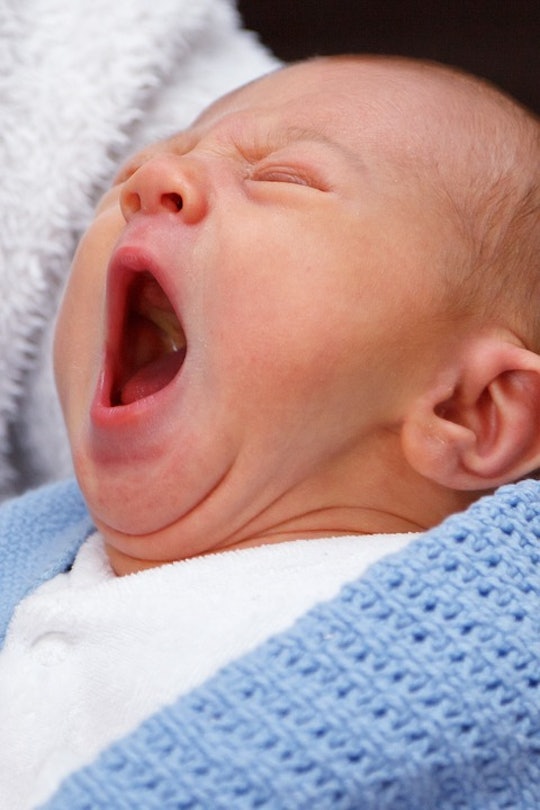 Can A Baby Get Sleep Apnea? Yes, & You Should Take It Seriously

When I think of sleep apnea, I remember my grandfather and the clunky machine he kept by his bed to help him keep breathing through the night. I understood his condition, and a lot of his roomies in the nursing home were in the same situation. It's seems to be a more common disorder among the elderly, but can a baby get sleep apnea? It is possible, but can be easily missed if you don't know which signs and symptoms to look for. Changes in a little one's nighttime breathing is an issue parents need to take seriously and talk with a doctor about immediately after discovering it's happening.

As the website for Baby Center pointed out, "sleep apnea is a potentially serious disorder in which breathing is interrupted repeatedly during sleep." When a parent notices these pauses in breathing, it should not be ignored. Complications such as slow heart rate and growth problems have been linked to untreated infant sleep apnea. But since it's likely you'll be unable to monitor your baby's sleep throughout the night, it's wise to become familiar with what risk factors are involved in infant sleep apnea and specifically what you should be listening for while your baby snoozes.

According to the website for Sleep Education, pauses in breathing of 20 seconds or longer, as well as repeated patterns of pauses, mean your baby could have sleep apnea. Additionally, Sleep Education pointed out that the following risk factors increase the chance that a baby will have sleep apnea. So be sure to check in on your little one at night for some monitoring if he has any of these potential risks factors.

If you believe your baby may have sleep apnea, call your pediatrician to schedule an appointment to learn more. But take some solace in knowing that this condition will most likely be temporary. As the New York Times reported, although most children will sleep apnea will outgrow the disorder, that doesn't mean it should be taken lightly. There are treatment options for babies with sleep apnea, such as monitors, medications, and breathing machines that can help manage the condition, as Baby Center reported.

A baby with sleep apnea should be taken seriously, and thanks to effective management options, parents can rest easy knowing their baby's condition is being treated. Don't be shy if you notice your baby having strange breathing patterns at night. Call your doctor to find out if your baby needs help for sleep apnea.