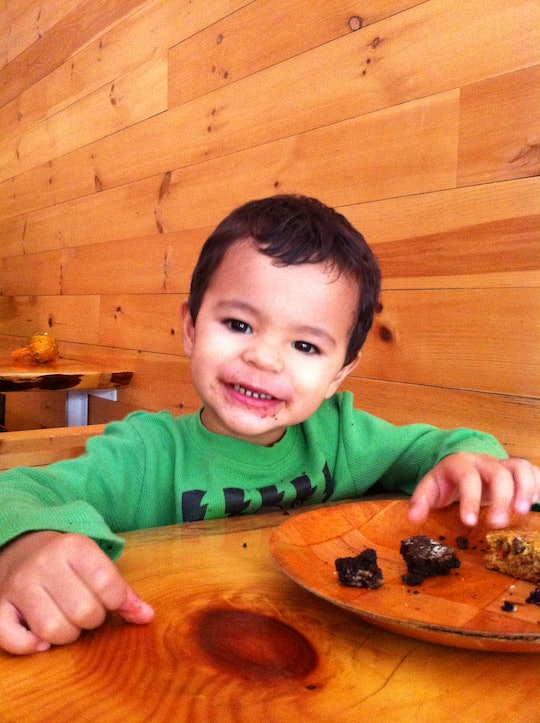 When my son was 15 months old, I noticed that he wasn't pointing yet, and still wasn't clapping or waving. He could only say "Ma" and "Ba" to communicate with my husband and I, yet he could complete complex puzzles, stack tiny blocks impossibly high, and knew the whole alphabet. He was eventually diagnosed with high functioning autism, and he's been in intensive therapy since before his second birthday. There are days when his behavior is so close to neurotypical, his autism is almost unnoticeable. More than once, someone has asked me, can a child outgrow autism?

A recent study completed by Albert Einstein College of Medicine and published in the Journal of Child Neurology stated that while there has been significant research in the past few years that suggest that it might be possible to "outgrow" some aspects of autism, most autistic people will still have some real struggles related to their diagnosis for the rest of their lives. This is because they aren't truly "outgrowing" Autism Spectrum Disorder (ASD), but instead, they are developing habits and ways to compensate for their triggers, which make the symptoms more manageable. While it's not a cure, the research does show that the benefits of therapy for some people on the spectrum can be vast, giving hope to parents in the initial stages of raising autistic children.

This research made me curious. What about children with autism who were initially diagnosed as high functioning? Can a kid outgrow autism if they didn't have as far to go to begin with? I decided I would contact my son's pediatric neurologist, Dr. Henry Hasson of Brooklyn, New York. He tells Romper that a diagnosis of autism is not always as cut-and-dry as many people assume. At the time of diagnosis, it is possible that "sometimes the child may be displaying symptoms that are similar to autism and then these fade away," Hasson explains. In cases like these, the child never really had autism, but because of that initial diagnosis, it might appear as though they grew out of it. Hasson says that in theory, there might be some form of transient autism that is eventually outgrown, but it's not categorized that way.

For other autistic children, the patterns of their disorder might shift, and their symptoms may change. "The child may outgrow some of the repetitive behaviors or stereotypes, but still have the difficulties with language, communication, social interaction, et cetera," Hasson adds. How autism commonly presents to other people is often what makes people recognize them as different — the hand flapping, stimming, or strict avoidance of eye contact for starters. People expect autistic children to act like Dustin Hoffman's character in Rainman, and when they don't, they get confused. It's often difficult for neurotypical people to intuit less overt behaviors as characteristics of autism.

This is dangerous for children with autism. Kids with autism are not neurotypical, and treating them as though they are can make things so much harder for them. This has been the case for my son over and over again throughout elementary. Just because he excels at school, and doesn't have noticeable stimming behaviors like rocking back and forth or clapping, doesn't mean he understands the world as we do. He struggles with talking to other kids, finding common ground in conversations, and being appropriate in general.

His body is combustible with movement, and when teachers assume that he can sit still like other children simply because he tests well in other areas, it causes him a lot of shame and discomfort. Children might grow out of habits or develop work-arounds, but the research found that they will likely always have struggles. We need to remember that, and embrace their differences, understanding the struggle it took for them to come this far. Because they're pretty amazing.

More Like This
Spread Some Christmas Cheer In Your Child’s Bedroom
20 Stocking Stuffers For Kids Under $20
New Study Finds Brains Of Teens Who Lived Through The Pandemic Aged Faster
Here’s Why Your Vagina Itches At Night, According To Experts