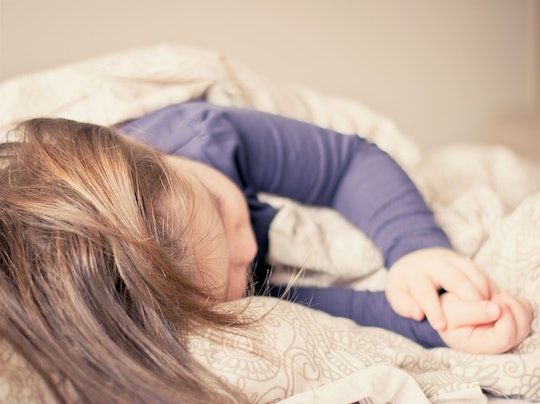 The dangers of leaving a little one in a hot car or outside under the blazing sun for too long are very well known by parents. But, what about inside your home? Can a child overheat indoors in the dead of summer? According to one mom’s terrifying experience with such an incident, it can indeed happen and she wants to warn other parents about this less-talked-about danger.

Earlier this month, Jennifer Abma — a mom of two from Edmonton, Canada — took to Instagram about a scary moment she encountered involving her toddler. Abma explained to TODAY that it happened after her 3-year-old daughter, Anastasia, went to take a nap on her own after playing with her 1-year-old sister. About 90 minutes later, Abma tried to wake her up and Anastasia wouldn’t (or couldn’t) come to — and, as any parent would, Abma panicked and called for an ambulance.

"It took us 20 minutes to wake her up," Abma captioned a photo of her overheated toddler sleeping. "This was proof how fast things change. Anastasia put herself for a nap, I had no idea how hot her bedroom was until I went to wake her up soaked in sweat, red face, boiling and unable to wake her for 15 minutes."

"She was sweating and swollen and red," Abma told TODAY. "It was awful."

"She was sweating and swollen and red," Abma told TODAY. "It was awful."

The paramedics quickly gave Anastasia sucrose to wake her and within in minutes she opened her eyes and was crying.

"She got really, really lucky. She was probably minutes away from permanent damage," Abma explained during the same interview with TODAY.

Considering how hot Anastasia's bedroom got, a sweltering room indoors could be as dangerous as a hot car — and that's why Abma has shared this story with her thousands of followers. According to her Instagram post, Abma cautioned:

No it is not my fault this happened to her but it is hard not to blame yourself, this is a lesson learnt & hopefully other parents can take something from this & make sure you are checking the rooms in your house because thy [sic] can be as dangerous as a hot car. Still I'm shook and I can't imagine what would have happened if I didn't go check on her.

While your home may not feel too hot for comfort for you, it could be for your little ones. According to Parenting, "kids are far more susceptible to heat exhaustion than adults are because their bodies have fewer sweat glands and they aren't able to adapt as quickly to temperature changes."

If things feel a little too toasty or humid inside, try to cool your child down with a fan or cold cloth and be sure to keep them hydrated throughout the day. And if they're already showing symptoms of heat illness — such as thirst, lack of energy, and warm body temperature — seek medical attention immediately because heat stroke is always an emergency.