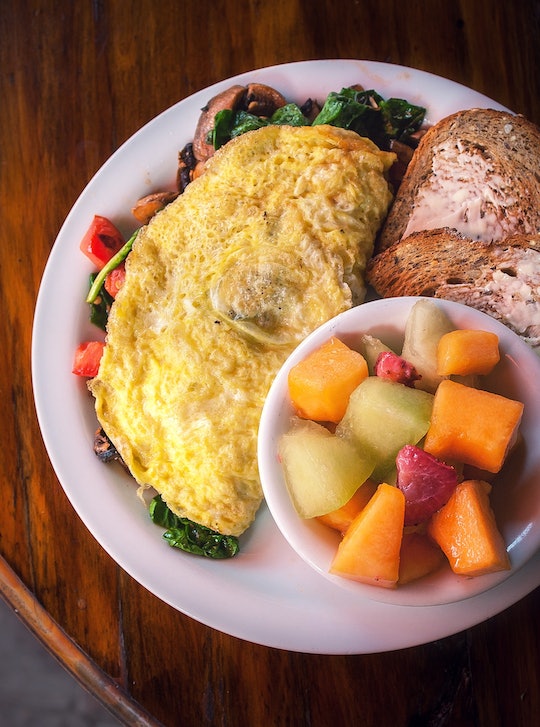 This Special Diet Could Help Kids With ADHD

Parents of children with Attention Deficit Hyperactivity Disorder will do anything to help their young ones focus just a bit better, even if that means preparing special meals in the morning, noon, and night. But can a special diet help kids with ADHD? Some parents have found success with their new methods, with and without a doctor's help.

Characterized by "difficulty paying attention, "being overactive," and "acting without thinking," ADHD affects children's performance in school and their relationships with friends, not to mention the personal discomfort and the lack of control that sufferers are likely to feel. ADHD medication is commonly prescribed then "to manage brain based functions," The Attention Deficit Disorder Association shares. Therapy is also often used alongside medication, "[addressing] daily thoughts, behaviors, and coping strategies."

But of course, just like every child is different, every ADHD case is different; What works for one family may not work for another. Thus, some parents are turning to food as medicine, according to STAT News. Dr. Rebecca Carey cooks a high-carb, high-protein diet for her son, Mark, who suffers from ADHD at 10 years old. For six months' time, Mark's been eating a lot of meat, pasta, and sandwiches, shying away from fruits and vegetables. But, in the overall quest to minimize the "milk, sugar, and artificial food additives" that seem to aggravate Mark's ADHD, some other nutritional concessions had to be made.

"Honestly, I would never go back," Carey shared with STAT. Though Mark was initially on a medication, "I just felt in my heart of hearts there had to be a better way,” Carey insisted. Though the research on the ADHD-reducing diet is limited, the supplement that Mark takes, called EMPowerplus, contains "36 different vitamins and minerals, and is marketed to help with psychiatric disorders," ADHD included.

Whereas Carey's methods "might not be mainstream or have lots of randomized control trials behind them," they work for her and they work for her family. So-called "elimination diets," or diets that exclude foods that people are often allergic to, have been proven beneficial in treating ADHD symptoms, but the studies are by no means exhaustive. In order to bring a bit of attention to her own methods, Carey even started a support group where parents could share their alternative medical techniques with one another, apart from the fear of feeling judged.

Doctors advise lean meats, healthy fats, good carbs, and clean eating to treat ADHD — tenants that, honestly, are recommended to everyone looking to be a bit healther, ADHD or not. Though protein and pasta only seems a bit extreme, for some parents, its their best option at reducing life-altering symptoms. Wasn't it Hippocrates who insisted "let food be thy medicine and medicine be thy food?" Seems like he was onto something way ahead of his time.