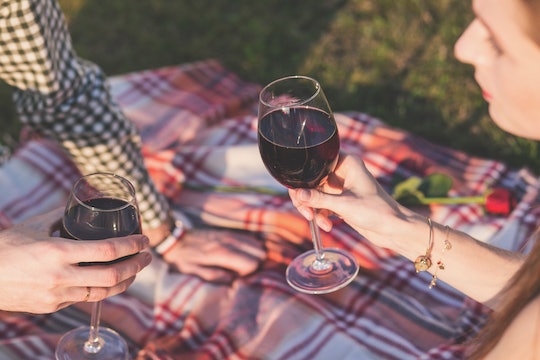 Can Drinking Before You Know You Are Pregnant Cause a Miscarriage? Science Explains

I'll be honest with you. The month my daughter was conceived, my husband and I were on a break from fertility treatments and much wine was consumed. I'll admit, I was terrified I'd inadvertently harmed my baby, but I didn't know. Can drinking before you know you're pregnant cause a miscarriage? It's a very worrisome time.

There's a ton of data on the effects of alcohol on infant mortality and pregnancy outcomes, but there is far less data revolving around drinking during the "two week wait," as the trying to conceive community refers to it, and pregnancy outcome. There's even less data on drinking and surprise pregnancies. However, one study completed by The Journal of Obstetrics and Gynecology suggested that alcohol consumption in early pregnancy isn't linked to fetal abnormalities, pregnancy loss, or preeclampsia.

This is certainly not a green light to go crazy at a bachelorette party if you just found out you're pregnant a few days ago — quite the contrary, in fact. The Centers for Disease Control and Prevention (CDC) actually went so far as to suggest that women should abstain from alcohol entirely if they are even considering getting pregnant. If this advice seems extreme to you, you're in good company. Researchers at Harvard are likely to agree with you. But the fact remains that there is no hard data to prove that there exists a safe level of alcohol consumption during pregnancy. So can drinking before you know you're pregnant cause a miscarriage?

With all of the conflicting studies, it's hard to keep track. But it's best to avoid alcohol entirely when you find out you're pregnant. If you drank before you knew, however, the Harvard study and the Journal of Obstetrics and Gynecology recommend not freaking out. If you're really concerned you're at a high risk for miscarriage, speak to your OB-GYN. They can discuss those fears with you and assess your pregnancy properly.