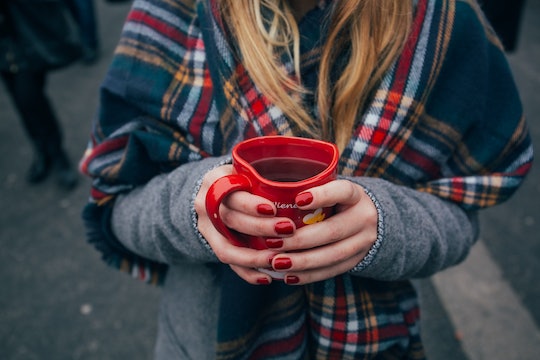 Can Drinking Black Coffee In The First Trimester Cause A Miscarriage? Here Are The Facts

It feels like pregnant women are subject to every rule in the world. No smoking, no drinking, no roller coasters — the list goes on. But one of the hardest things to overcome, at least for me, was giving up coffee. Somehow, I made it through both of my pregnancies on decaf. If you are pregnant, you might be worried about the coffee you are drinking and how it will affect your pregnancy, especially in the early stages. But can drinking black coffee in the first trimester cause a miscarriage?

There are conflicting studies on the risks of miscarriage due to excess caffeine consumption. According to the American Pregnancy Association (APA), in 2008, a study published by the American Journal of Obstetrics and Gynecology found that pregnant women who take in more than 200 milligrams of caffeine will double their chances of having a miscarriage. Another study, the APA noted, published in Epidemiology, found no increased risk of miscarriage in women that drank about one cup of coffee per day. Because of this inconclusive data, the APA suggested that pregnant women try to avoid or limit their caffeine intake to no more than 200 milligrams per day.

So while the jury is still out on coffee’s link to miscarriages, science does prove that caffeine can have some other effects on your pregnancy. For starters, explained Baby Center, caffeine is a stimulant that can raise your blood pressure and your heart rate, and can even cause heartburn. While your body is able to break down caffeine quickly in the first trimester, the article noted, as your pregnancy progresses, it will take longer for your body to clear it. And because caffeine can cross through your placenta to the baby, it’s better to monitor and manage your intake.

So how much coffee is OK? If you follow the APA’s recommended guidelines of 200 milligrams of caffeine per day, one cup of coffee a day should be safe. According to the Mayo Clinic, one 8-ounce cup of brewed black coffee contains 95 milligrams to 165 milligrams of caffeine, depending on its strength and origin. You should also remember to factor in other foods or drinks, like soda, teas, and chocolate that contain caffeine.

If you want to play it safe, like I did, try decaf coffee. The Mayo Clinic noted that an 8-ounce cup of decaf coffee has about 2 milligrams to 5 milligrams of caffeine. When it comes to your pregnancy and your baby, it’s always nice to err on the side of caution. (And still feel human.)