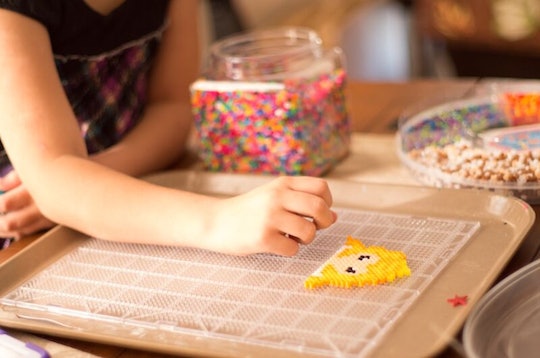 How Fidget Toys Can Help With ADHD

Navigating life with a child that has Attention Deficit Hyperactivity Disorder (ADHD) or any other behavioral disabilities can be really stressful. The conditions themselves can be a lot to manage, but beyond that the diagnoses themselves can be confusing. Often information about the various treatment options can also be baffling and conflicting. Do you go the medicated route or non-medicated route? Do you do a mix? And what's available on the market that actually works? Many parents may be wondering - can fidget toys help with ADHD?

To start, ADHD is a pretty common behavioral disorder that affects about 10 percent of school-age children, according to the Kids Health website. Additionally, boys are about three times more likely than girls to be diagnosed with it. As the site explained, kids with ADHD often act without thinking, are hyperactive, and have trouble focusing. Many of these kids have a hard time sitting still and paying attention.

School-aged children whether they have ADHD or not, are often told to "sit still" when they're learning in a classroom setting. But that command doesn't work for every child, especially one that has ADHD. They're sometimes simply not capable of sitting still during times of concentration.

According to a 2015 study published in the Journal of Abnormal Child Psychology, ADHD kids may learn best if they're allowed to squirm around. The foot-tapping, leg-swinging, and chair-scooting movements of children with attention disorders might be crucial to how they remember information and work out complex cognitive tasks in their brains. One of the study's authors and head of the Children's Learning Clinic at the UCF, Mark Rapport, said, "the message isn't 'Let them run around the room,' but you need to be able to facilitate their movement so they can maintain the level of alertness necessary for cognitive activities." In the study, Rapport and his colleagues found that when children with ADHD moved the most they were performing at optimal cognitive levels.

This is where fidget toys may come into play and help kids who naturally fidget to concentrate. Fidget toys are special objects designed to help children who need to keep moving in order to learn. There are many options, but Gazelle Trading Fidget Cube ($8) is touted as an object to help kids with ADHD, as well as, reduce stress and anxiety in kids and adults. Some other fidget toys include Wikki Stix, Klicks, Chewelry, Silly Putty, and Koosh Balls, according to the Understand website, which serves as an online resource and community for parents who have children with attention and learning issues.

The aforementioned 2015 study is still fairly new and more exhaustive research is obviously needed in this area of study. Given the resources available, it's unclear if the mainstream medical community has embraced fidget toys as viable therapy options for kids with ADHD. At the very least, it seems most are in agreement that fidget toys can't hurt so long as the child using them continues to be evaluated and receiving a proper diagnosis from a doctor.

More Like This
35 Children’s Books Starring Black Characters
40 Valentine's Day Outfits Your Girls Will Adore Showing Off This Season
Viral Hives In Children: What Doctors Want You To Know
Julia Fox’s Apartment Tour Is Peak Mom Realness
What Parents Are Talking About — Delivered Straight To Your Inbox