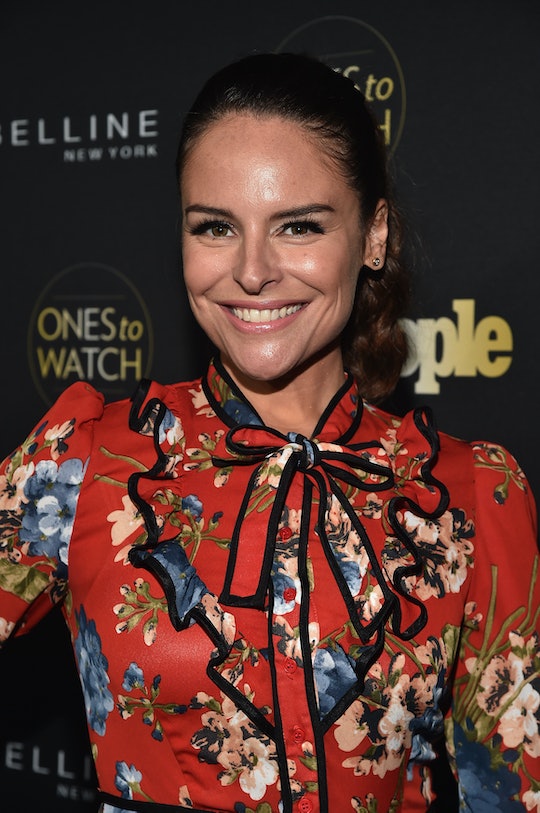 Can Luisa Be Trusted On 'Jane The Virgin'? Her Loyalty Is Questionable

Luisa and Rose's relationship has been a roller coaster from the very start. At first, their biggest issue seemed to be that Rose was Luisa's stepmother, but it turned out there were a few bigger problems in their relationship; mainly that Rose was actually the crime lord, Sin Rostro, and had killed Luisa's father, amongst many other people. But even after all of that, Luisa still seems to care about Rose, which is why she didn't seem all that upset about getting kidnapped by her at the end of Season 2. So now that Luisa has returned to the Marbella to confess everything that she knows in regards to her former (and possibly current) flame, one has to wonder: can Luisa really be trusted on Jane the Virgin? Probably not. Because while Luisa loves her brother, Rafael, she seemed to always love Rose more and that hasn't really seemed to change.

During the second season of Jane the Virgin, Luisa was finally getting over Rose when she was dating Michael's partner, Susanna. Unfortunately, it turned out Rose was actually Susanna the whole time and knew that the only way Luisa would be with her again was if she pretended to be someone else. (The healthy start to any relationship, obviously.) Disappointed and angry, Luisa still went with Rose after she shot Michael and continued to stay with her on her submarine, even having sex with her 156 times. Still, Luisa was obviously scared of Rose and continued to be nervous around her, leading Rose to suggest Luisa either trust her completely or go back to her family and let go of Rose for good. Naturally we didn't get to see what Luisa's answer was.

Regardless, she returned home and told Michael and Rafael everything Rose had told her, but that's where things start to get really confusing. She stated how Rose had told her to go to Rafael and confess everything to him, just like she was currently doing. So was she really acting on her own accord by going to him or secretly still following Rose's directions?

In the episode, Rose insisted that she was done with being a criminal, but later on it was revealed that Rose had somehow killed Rafael's mother. Could this mean that Luisa didn't take Rose up on her offer and Rose has decided to continue her life of crime? Or was this all still part of Rose's plan and Luisa is somehow in on it?

With the Jane the Virgin you can never truly be sure what's going on. For now, it's best to remain skeptical about Luisa and where her loyalties lie. But, in my opinion, when it comes to Rafael's sister, it's best to believe she's guilty until proven innocent.