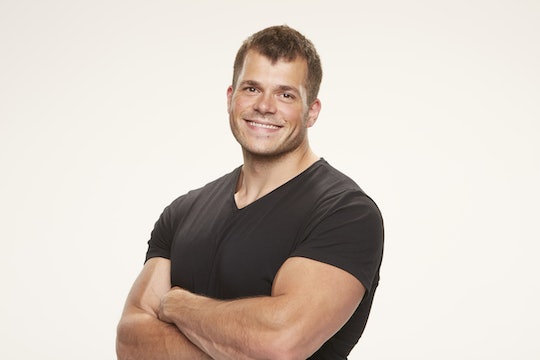 Having Mark As A Personal Trainer May Be Difficult, 'BB19' Fans

Big Brother has become known for having casts filled with big, buff dudes and gorgeous women who can double as models, and sometimes do. Therefore, Mark Jansen wasn't a surprising casting choice for Season 19. Mark has big, muscle-filled arms and a totally fit body, which makes sense considering he's a personal trainer. Now that Mark's hot bod has been seen by thousands, and possibly millions, he'll probably have people lining up to be trained by him. So how can Mark from Big Brother 19 be your personal trainer? Well it may be a bit difficult to get an appointment with him.

First, if you want Mark to be your personal trainer, you should live in New York, specifically in Grand Island because that's the current city he lives in, according to his Big Brother cast bio. After that though it's hard to pinpoint where exactly Mark does his personal training. He doesn't pop up on LinkedIn and his supposedly real Twitter, which is run by his "friends," doesn't give any information about it either. Does he work at a specific gym? Is he a freelance personal trainer? Who knows?

Perhaps it'll be easier to track Mark down once he's out of the Big Brother house, but for now, getting an appointment for a personal training session with him will be difficult.

In the meantime, fans can just continue to have fun watching Mark in the Big Brother house. Many viewers have seemed to fall head over heels for not only Mark's good looks but his upbeat attitude and softer side. Audiences were moved when Mark ended up having a really deep conversation with Christmas last week after she broke her foot and he was struggling with his decision to vote her out. After their heart-to-heart, Mark ultimately decided to vote for Christmas to stay, going against his previous allies, Cody and Jessica.

Fans aren't the only ones taken with Mark. He's found himself in a showmance with Elena, though those who watch the live feeds feel like Mark and Dominique also have a bit of a flirtmance going on as well. Either way, it's clear the ladies of the house are smitten with Mark, and he hasn't gotten on anyone's bad side yet, so he's not a target. For now.

In other words, Mark is currently in a pretty good position in the house and could definitely go far in this game. He may even win the $500,000. You never know.