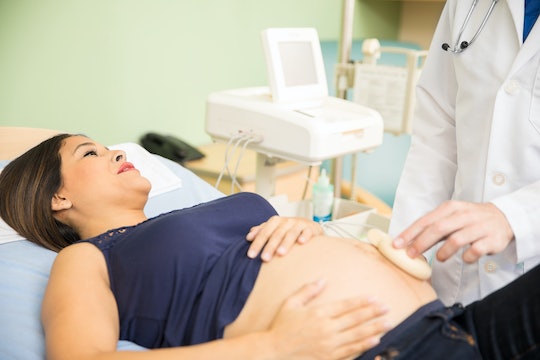 Experts Weigh In On Whether Or Not Measles Can Cause Infertility

by Christina Montoya Fiedler
May 9, 2019

The United States is in the midst of an unprecedented measles crisis. Reports of cases are on the rise with no signs of slowing down, and all doctors can do is continue to treat patients and educate people about the importance of vaccines and ways to combat infection. But besides the fear of contraction, there are other more serious complications that many should consider. For one, can measles cause infertility? The answer is split.

The measles is a highly infectious viral disease that causes fever, a full body rash, dry cough, red eyes and more, according to the Mayo Clinic But the real danger comes from the complications. Measles complications can include: pneumonia, dehydration, ear infections, encephalitis (swelling of the brain) and more.

But how exactly does measles — or better yet, it's complications — affect fertility? The short answer is no for women, but research is still being done to find out the virus's full affect on the female reproductive system.

"In women, there does not appear to be an impact on fertility but, data are still being collected and analyzed," said Alan Copperman, MD, FACOG of Progyny, told Romper.

But it could affect a man's reproductive system.

"Males infected with the measles virus can experience testicular inflammation that can permanently interfere with sperm production," Dr. Copperman explained.

Mumps, however, could cause infertility in women due to severe inflammation within the body, according to the CDC. But since mumps is apart of the MMR (measles, mumps, rubella) vaccination, most people should be covered.

As previously mentioned, research is still being done as the measles crisis continues to spread. What experts do know is that the virus is dangerous during pregnancy because it can cause preterm labor, low birth weight, and even maternal death, according to the Mayo Clinic. It can even be passed from mother to baby. The later in pregnancy you contract measles, the more of a chance your baby will also be born with the virus, according to the March of Dimes.

The March of Dimes suggests that women who are not vaccinated do so before becoming pregnant and wait at least one month before trying to conceive.

Vaccination remains the best defense against the measles virus. Children should receive two doses — the first between 12 and 15 months of age and a second dose between 4 and 6 years of age, according to the CDC.

If you were born before 1989, there's a chance you only received one round of measles vaccinations and should check with your general practitioner if you need another dose, according to Gizmodo.

In addition to being vaccinated, wash your hands often and use hand sanitizer when necessary. The measles virus can live up to two hours after an infected person has left an area. Those who are unvaccinated and exposed have a 90 percent chance of catching the disease, according to the CDC.

Vaccination will keep you and your future family members healthy. As with anything related to your health, your doctor is the best source for information. They are just a phone call away and the piece of mind is always worth it.