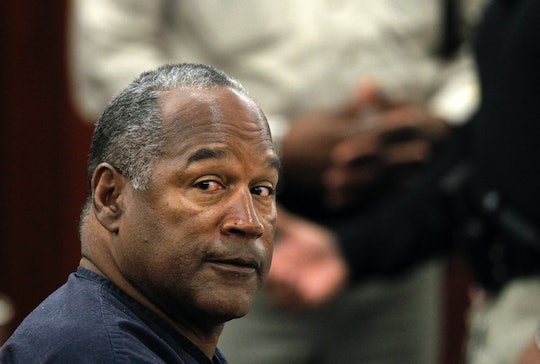 On Thursday, four members of the Nevada Parole Board granted O.J. Simpson parole in connection to his 2008 conviction for robbery and kidnapping charges. Despite Simpson's model behavior in prison, some people were surprised at the decision given his bizarre and, at times, insensitive parole hearing answers. Now that the parole hearing has reached its conclusion, people are wondering if O.J. Simpson's parole decision can be reversed.

For the Nevada Parole Board members to grant Simpson parole, they had to find just cause that he wouldn't pose a risk to others if he was released. Using an 11-point assessment guide, the board members ultimately determined Simpson met the lengthy requirements needed for parole.

As one might imagine, granting or denying a criminal parole is a serious business. Although public opinion might not always align with the decision of a parole board, members have to make unbiased decisions based on the facts.

By all accounts, Simpson was a model prisoner during his nine years in jail. In addition, the Board noted he had an adequate plan in place if he was to be granted parole. To make matters even more auspicious for Simpson, one of his victims, Bruce Fromong, testified on his behalf.

Considering the Nevada Parole Board made a decision based on a long paper trail of evidence, it's unlikely Simpson's parole would be revoked on the grounds of legitimacy. However, it's totally possible for Simpson to have his parole revoked based on his own actions.

According to the Las Vegas Defense Group, parolees are expected to regularly report to their parole officers and are prohibited from taking drugs, among other requirements.

Although it remains unclear what parole conditions will be imposed on Simpson, he will face serious consequences if he violates the board's rules. One of those consequences includes having his parole reversed.

If a suspected parole violation occurs, a parole revocation hearing will be held. According to Free Advice Legal, "before a parolee can be sent back to jail or subject to other consequences of his parole violation, he has the right to 'due process' of the law. This means he has a right to a hearing, a right to hear the evidence presented against him, and a right to defend himself and try to convince the parole board either that he didn't actually commit a violation or that the violation wasn't so serious that he should be returned to prison."

Parolees facing revocation of their parole often try to cut a deal (sometimes called a “screening deal”) by which they give up the right to a hearing in exchange for receiving less prison time than would have been imposed following a complete hearing and revocation decision.

As Simpson has proven throughout the years, he's an unpredictable character, to say the least. Given the long list of parole requirements that could be imposed upon Simpson, there will be a lot of opportunities for him to mess up his freedom. Whether Simpson stays out of trouble this time remains to be seen.

More Like This
'Workin' Moms' Has An Official Release Date For Its Final Season
'Wednesday' Creators Say They're "Talking Amongst Ourselves About Season 2
Meghan Markle Faced “Disgusting & Very Real” Threats While Living In The UK
Quinta Brunson Credits Her Parents For Her Confidence, Now & As A Kid