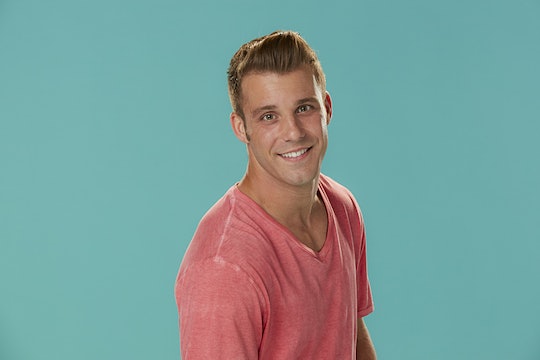 Can Paulie Calafiore Skip The Jury? The 'Big Brother 18' Contestant Might Self-Evict

Big Brother 18 has seen a dramatic downfall for Paulie Calafiore over the past week. Initially, Paulie was one of the strongest players in the game, winning competition after competition and snagging the Head of Household title twice. But after Paulie's showmance partner Zakiyah went home instead of fellow nominee Michelle in round one of Week 7's double elimination, everything started to quickly fall apart. Now, in Week 8, Paulie finds himself on the chopping block alongside his closest ally Corey, potentially about to be sent to the Big Brother Jury House. But can Paulie skip the Big Brother jury?

Paulie has been in something of a tailspin since being nominated for eviction by the current Head of Household, Victor. He felt blindsided by his former allies (the all-guys "Executives" alliance) "turning" on him suddenly, though he's repeatedly suggested that he respects Victor's decision to "play the game" and make a big move. The decision to get Paulie out of the house boiled down to several very rude remarks that Paulie made about Natalie – most egregiously, insulting her and stating that she was just as fake as her "fake boobs" – which caused Natalie's showmance partner James to turn on his former friend.

One by one the other houseguests realized that Paulie was a liability and, in particular, the guys who had been controlling the house via HoH over the past few weeks became aware that they'd spent all their time and energy getting Paulie's (and only Paulie's) targets out of the house (until Zakiyah's eviction).

Since being put up on the block, Paulie has had a tough time and has basically lost all of his confidence in the game. There have been tear-filled confessions about his past and mental health history and suggestions that he might not be able to deal with being sequestered in the Jury House alongside the other members of the Jury, Da'Vonne, Zakiyah, and Bridgette.

Paulie has even suggested that he will ask to be sent home on a plane in order to avoid being stuck in the Jury House, while Nicole has told Corey that she has a feeling Paulie might attempt to self-evict in order to get out of Jury.

Of course, it remains to be seen whether Paulie will actually self-evict. Would self-eviction even grant him a reprieve from the Jury House? Most likely.

In prior seasons, other houseguests have left voluntarily, but it happened much earlier on in the season, before Jury rules go into effect. Dick Donato left on Day 6 of Big Brother 13, and Neil Garcia walked on Day 7 of Big Brother 9, both due to personal matters. If Paulie chooses to leave in order to seek self-care, it's really unlikely that the producers would force him stay in the Jury House (though there is probably some clause in the contract the houseguests sign, mandating them to participate). On the flip side, houseguests who have been kicked out against their will (when evicted nominees would typically go to Jury) have been banned from Jury House. So it's certainly possible for a non-evicted houseguest who is sent home to avoid the Jury.

If Paulie chooses to stay and actually does get evicted come Thursday, it's also possible that we may not have seen the last of the elder Calafiore brother. August 18, the day of the Week 8 eviction, also marks the last possible use of the round trip ticket – if Paulie has the ticket, he would go right back into the house after being eliminated.

Alternatively, the show might have a Jury buyback, which could save Paulie. If he is eliminated and does choose to go to the Jury House, he could potentially battle his way back into the house against the other Jury members. Paulie seems to be hanging on to both of those possibilities, trying to keep himself calm.

There's a lot up in the air right now, between Paulie possibly self-evicting and the remaining "saves" still in play for him. Personally, I doubt that Paulie would self-evict. I have a hunch that either the round trip ticket or a jury buyback will save him. This is reality TV after all – maximum drama is the goal, and bringing Paulie back into the house after all of his former allies have "betrayed" him would definitely bring maximum drama.