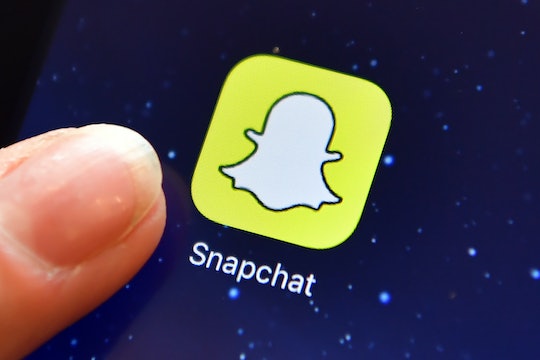 You Can Screenshot A Snap Without The Notification

Even in the age of instant messaging and ephemeral communication, it feels as though sometimes conversations — even those in which we're deeply engaged — begin and end in the blink of an eye. That might not seem like such a big deal, but there are definitely moments when something about those online conversations — say, a funny message, an outrageous photo, or an unbelievable moment captured on video — that insists on being saved and even possibly shared. And with just the click of a few buttons — voilà! Screenshot taken and saved in perpetuity — whether you wanted that moment saved or not. Take for example, Snapchat: Can someone tell if you screenshot their Snapchat Story?

Snap, Inc., the company behind the insanely popular photo messaging app Snapchat, wasn't blind to the fact that screenshots would be entirely counter to their ephemeral messaging model. Until mid-2015, users were required to press and hold a phone's screen in order to view Snaps; this was meant as a deterrent to screenshots. As a backup measure, Snapchat also provides screenshot notifications to its users.

However, a recently discovered and oft-shared Snapchat hack claims that you can screenshot Snapchat Stories using Airplane Mode without the poster being notified... but is it true? Screenshot junkies, beware: The jig will be up — eventually. Even with the Airplane Mode hack, users will still get a screenshot notification — just not right away.

The Snapchat Stories feature was first introduced in late 2013, bringing a whole new form of longer storytelling to the otherwise fleeting photo and video moments that the app provides. And gosh darn it, some of us just can't help saving even those fleeting moments for posterity later, often to be shared among friends via texts or group messages.

It seems so counter-intuitive to screenshot a Snapchat Story in the first place: Isn't the whole point of Snapchat to briefly share moments with others? Which, and this is a topic I could go on about — seems as counter to the idea of being in the moment with other people as you can get — but I digress.

Still, it is pretty creepy when you post your Story publicly, only to have random people screenshot you. But even with screenshot notifications from Snapchat, it doesn't erase the photo from the user's phone who actually took the screenshot — so that person who took a screenshot still has it on his or her phone.

Of course there's no way to protect yourself from the most old school forms of screenshots that exist: Taking a photo of another person's phone screen instead of taking the screenshot on your own phone — and that means you'll never receive a notification when that happens. Case in point: Here's a photo of another person's phone, and the person who uploaded that video will never receive a notification about it.

To Snap... or not to Snap? Now that's a question you'll just have to answer for yourself.