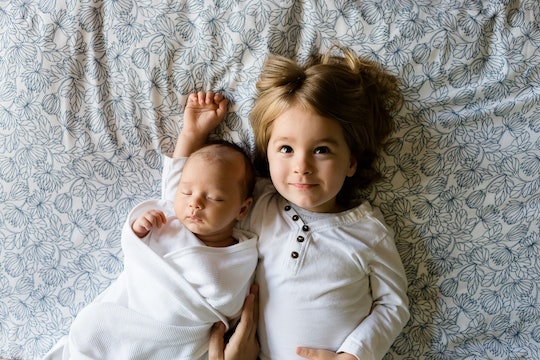 The magical technique for swaddling an infant to help keep them calm and secure for sleeping is one of the first skills that new parents are taught — usually by the confident hands of a nurse while the new family is still in the hospital. But the age-old technique, involving wrapping the baby “burrito-style” in a light blanket so that only their head and neck are exposed, is not without controversy. Aside from the ongoing debate over whether swaddling prevents learning to self-soothe or hinders physical development, there’s a new, dangerous dimension for new parents to consider. Can swaddling increase the risk for SIDS? New research suggests that older babies could be at higher risk.

Researchers considered four major studies on sleep position and age involving more than 2,500 infants, including 760 infants who died of Sudden Infant Death Syndrome, according to the New York Times. What the study authors concluded was disturbing: swaddling increased the risk of SIDS by at least one-third. The greatest danger was to babies who were placed on their stomachs, followed by those placed on their sides. Babies placed on their backs had the lowest risk, according to the study. Their analysis was published in the scientific journal Pediatrics this month.

Sudden infant death syndrome, or SIDS, causes most deaths in babies between one month and 1 year of age, according to a Washington Post report. And while doctors don’t know what causes SIDS, according to the American Academy of Pediatrics website, placing babies on their backs to sleep — without pillows, blankets, or any objects that could cause entrapment or strangulation — is considered one of the best ways to minimize the risk of SIDS or accidental suffocation.

So, where does that leave parents in the debate over swaddling? Speaking to the New York Times, University of Bristol research associate Anna Pease (who was lead author of the study) said that even given these recent findings, there was no reason to stop swaddling infants if certain precautions are followed:

We already know that side and prone [stomach] sleeping are unsafe for young babies, so the advice to place children on their backs to sleep is even more important when parents choose to swaddle them.

Pease said that, as babies get older and are able to roll over on their own, parents may want to consider giving up the practice. “Babies start to roll over between four and six months,” she said. “That point may be the best time to stop.”

The AAP is more conservative in its approach, warning parents on its website that the time to stop swaddling infants may be just before they learn to roll over and the risk of accidental suffocation begins to outweigh the benefits of using the technique. Dr. Rachel Moon, FAAP, chair of the task force that authored the AAP’s safe sleep recommendations, urged new parents to stop swaddling by two months of age, “before the baby intentionally starts to try to roll.”