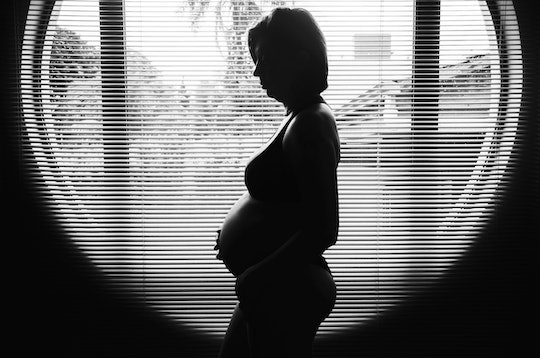 Do Antacids During Pregnancy Cause Asthma In Kids?

Heartburn is a common ailment that often plagues women during pregnancy, but it turns out that treating it may have negative health effects on the baby, according to one study. The study concluded that it's certainly possible that taking heartburn medication during pregnancy can lead to asthma in children — although the scientists are not 100 percent convinced that the link between the two is that straightforward, and maintain that there could be other, as-yet unknown factors at play. Still, kids of mothers who took antacids during their pregnancies were up to one-third more likely to develop asthma than their peers, so it's definitely worthwhile to pay attention to the results.

Published in the Journal of Allergy and Clinical Immunology, the study focused on the effect that these type of acid-suppressing drugs, which also treat acid reflux, had on 1.3 million children involved in eight previous studies. That they appeared to be at a greater risk of developing asthma was undeniable. But, as director of policy and research at Asthma UK, Dr. Samantha Walker said, according to The Telegraph, it's still unclear whether it's the medicine causing the asthma, the heartburn itself, or a third option that scientists have not yet discovered. "The study points us towards something that needs further investigation," Walker said.

For this reason, the researchers from the University of Edinburgh did not suggest that expectant mothers stop using the medications. Instead, they advise them to continue on their prescription regimens under the care and advice of their doctors.

The strain of pregnancy (i.e. all those raging hormones) means that heartburn is very likely to affect those expecting a baby. Specifically, the muscle at the top of the stomach that normally stops acidic digestive juices from moving upwards into the esophagus doesn't do its job as well, according to whattoexpect.com. Previously, antacids that assuage the resulting painful burning sensation were considered to be perfectly safe and don't interfere with the development of the baby. Now, that may not be the case.

Still, the asthma may not be entirely avoidable, and losing those pain-relieving meds may not be the answer. "It may be that the heartburn in itself may be the most important association rather than the drugs used to treat it," University of Bristol pediatric epidemiology professor Jean Golding said, according to Yahoo! News. Likewise, respiratory epidemiologist Seif Shaheen pointed out that obesity in the mother, which few of the original eight studies considered, could play more central roles than the current evidence suggests.