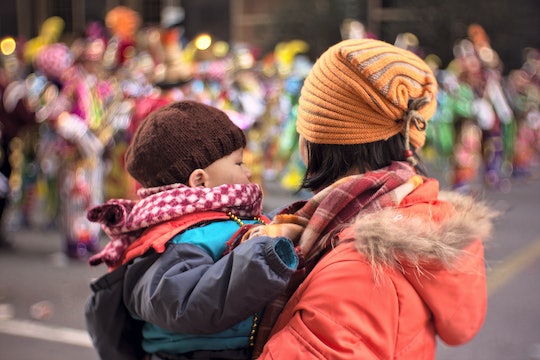 Can The Zika Virus Harm Toddlers? Parents Should Get Their Children Tested

With the first cases of the Zika virus being record in the United States, one as far north as Boston, concern has risen steadily about the spread of the disease and its effects. Though the virus is thought to only be seriously harmful to pregnant women because of the effect it can have on fetuses, many are wondering: if the virus can harm unborn babies, can the Zika virus harm toddlers? Its threat is similar to any other infection in small children, though parents should seek testing as soon as possible if they believe their child is infected with Zika.

The head of the World Health Organization said Thursday that the disease was "spreading explosively" across the Americas, according to CNN. The New York Times reported that "as many as four million people could be infected by the end of the year." The Centers for Disease Control and Prevention have issued travel warnings for more than 20 countries in South America, the Caribbean, and Latin America. These warnings are aimed especially at women who are pregnant or may become pregnant in the next year. The virus has been linked to a devastating condition in newborns called microcephaly. It causes newborns to be born with small heads, brain damage, and other developmental issues. The possibility that the Zika virus and this condition are linked only emerged in October when Brazil saw a huge upsurge in the number of cases of microcephaly.

For adults who are not pregnant or are not going to be, infection is not considered serious. Symptoms can include a rash, pink eye, sore muscles and joints, and a fever. They can last up to a week. Travelers showing symptoms are still being urged to seek testing for tracking purposes, but there have been no fatalities from the Zika virus recorded in the United States. When it comes to young children, especially toddlers, any aggressive virus can be dangerous because of their weaker immune system. In toddlers, the Zika virus appears like a flu and requires the same treatment. The difference is that there is the possibility of long term affects if that child was infected in utero. If the Zika virus was passed from a mother to a child, even if that child does not have microcephaly, the child should be tested. Federal health officials reported that the virus could cause defects in hearing and vision, as well as other issues, even if they are not immediately apparent. There is no vaccine for the Zika virus.

As of now, if a child was born healthy and contracts the Zika virus from a mosquito bite, or any other transmission that is not from mother to fetus, there is no evidence that it will lead to any lasting developmental issues. Health officials are still urging parents to seek medical care if any child shows symptoms of infection so that they may be tested.