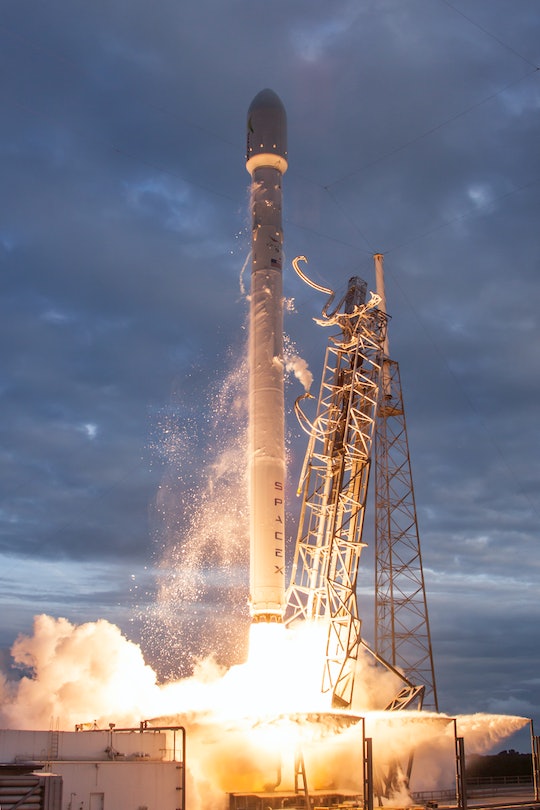 Who Wants To Go To The Moon?

If you could go to the moon (and back, ideally), would you? Two brave citizens have handed over deposits to take a civilian moon ride next year. So can you buy a seat on SpaceX's 2018 moon mission, too? Maybe, if you're a special kind of wealthy.

SpaceX, or Space Exploration Technologies Corp., is owned by Elon Musk. The company launches innovative rockets into space and are working on a crewed mission to the International Space Station; Similar projects are often carried out under NASA contracts.

Now, Musk's company is going to take civilians on a trip around the moon in 2018. The government partially funds the company (without NASA, SpaceX would have a lot of trouble), so one day, Donald Trump will technically be able to claim that he literally sent people to the moon. (Food for thought.)

The two savvy civilians have chosen to remain anonymous, have paid SpaceX “significant deposit," and are planning on taking health and fitness tests and training to board an actual rocket. We are officially living in the future. There's no report yet about how much they actually paid, so theoretically, you could probably call up Musk and ask him for a good bargain. But it'll probably cost you millions or billions of dollars. Transcontinental flights are expensive enough. Going to the moon on a Falcon Heavy rocket? Insanity. Will they inflight service and movies? Let's hope so.

Marco Caceres, a senior space analyst with Teal Group, an aerospace and defense market researcher, told Bloomberg, "It’s a pretty big mouthful to take two private citizens to orbit the moon. It’s pretty risky; these are private citizens, which is different from an astronaut.”

Originally, Musk and SpaceX were planning on a 2018 Mars trip, but after launching a Falcon 9 rocket earlier this month to the moon, a spokesperson said that they were going to focus more on the crewed moon mission with NASA and push Mars back to 2020. (You know, how most of us postpone vacations according to the amount of our tax returns?). This civilian trip simply complements the crewed mission.

A recent audit by the Government Accountability Office found that SpaceX is already a year behind schedule on their crew capsule for the crewed mission, which they're working on under a $2.6 billion NASA contract. But being behind schedule when it comes to outer space is pretty normal — you want to make sure everything is working right when you're talking about $2.6 billion and interplanetary research.

But that also means those two civilians might not be traveling until well after 2018. Let's hope so at least. We're sort of already pretty worried about them, almost as much as we're curious about who they are and how much a first class ride to the moon really is.