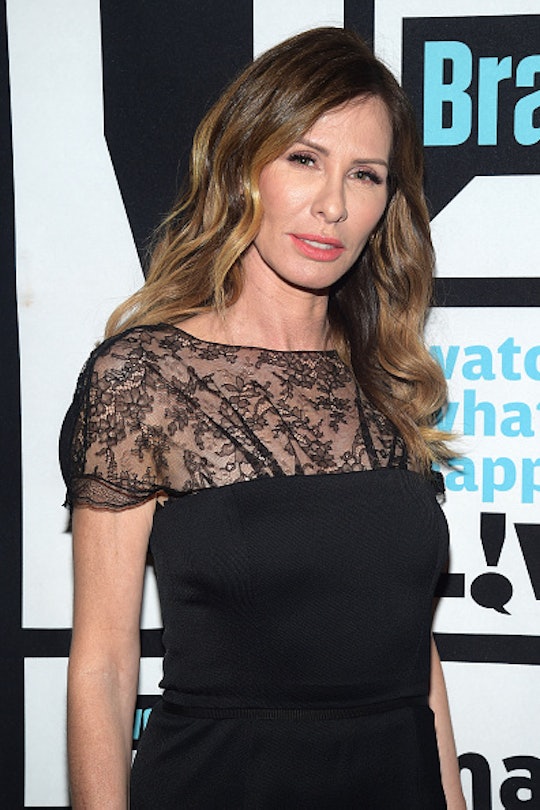 Can You Buy Carole Radziwill's Vegan Cookbook From 'Real Housewives'?

Carole Radziwill, on The Real Housewives of New York, has made no secret of the fact that she is not exactly Julia Child when it comes to the kitchen. In fact, she was even considering doing away with her kitchen in her New York apartment altogether, she uses it so little. However, there is one person in her life who does use the kitchen, her boyfriend, chef Adam Kenworthy. Together — presumably in this little, unused kitchen — Carole and Adam are creating a vegan cookbook. Adam is creating the recipes, obviously, because Carole does not cook and Carole appreciates the finer things in life, like Cheetos. Carole will be writing the text. Can you buy Carole and Adam's cookbook from Real Housewives? Not yet quite yet.

As of August 2015, the cookbook was out to publishers, but no release date has been announced as of right now. And I. Cannot. Wait. On Wednesday's episode, Carole said the book is tentatively titled, The Reluctant Vegan, because while Adam is extremely enthusiastic about his own veganism, Carole is less so. She admitted that while he was away she cheated. That is, she cheated on her diet by eating things like doughnuts. Adam is the real health food guru in the house. I cannot wait to read a book written by Carole, who seems to take most of her lifestyle cues from Carrie Bradshaw, about becoming a vegan, and adopting a healthy lifestyle. While the two companionably bickered about the tone the book would have, they plotted a section on processed food and why people eat it. "Because it tastes good," Carole whispered. Carole is me and I am Carole.

For what it's worth, the cookbook will probably be unbelievably beautiful, and the food will be amazing (for food that doesn't include cheese). As profiled in the Huffington Post, Adam is a completely self-taught chef, learning to cook by obsessively watching the chefs at the restaurant where he worked as a server in Colorado. His interest in cooking healthy food was born as a way to keep his body in tip top shape when he spent much of his time surfing.

I cannot say I will ever commit to being even part vegan, but after one look at his Instagram, I would probably eat whatever Adam Kenworthy cooks for me.