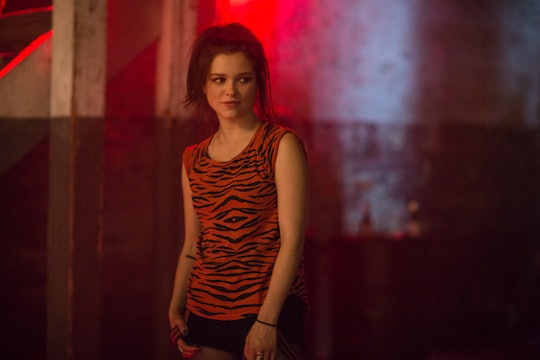 The Music In Netflix's 'Gypsy' Is Highly Addictive

Netflix's latest endeavor, Gypsy, an intense psychological thriller about a therapist with major boundary issues, is sure to be an interesting watch. But even if the premise isn't enough to catch your attention, the music surely will. Everyone's already talking about Gypsy's gorgeous theme song, appropriately titled "Gypsy," which was originally sung by Fleetwood Mac in 1982. Stevie Nicks recorded a slower and more mellow version of the hit just for the Netflix show. But that's just the tip of the iceberg. The series is full of great music, which begs the question: can you buy the soundtrack for Netflix's Gypsy? Not yet, but the show has a lot of songs so hopefully one will be released soon.

In Gypsy, the talented Naomi Watts stars as Jean, a therapist, wife, and mother who juggles a double life as a writer named Diane. As Diane, she infiltrates the lives of her patients by making close connections with their friends and family. Her main focus is Sidney (played by Sophie Cookson), the charismatic and beautiful ex-girlfriend of her patient Sam. Things start to unravel as she grows close with Sidney and struggles to keep her secret life separate from her normal one.

The show has a calm, quiet pace that's nevertheless grim and suspenseful, a tone that is matched by its music. Episodes are punctuated with smooth indie bands like The xx and soulful vintage pop like Billy Fury, whose songs play as the closing credits roll. They're all emotional and moody, perfect to listen to on a rainy day. If you need proof, just listen to Cyndi Lauper's cover of "Don't Let Me Be Misunderstood," which is featured in an episode.

But it's not just the opening and closing credits that are great to listen to — there are also several songs in the world of the show itself that will catch your ear. Sidney, Gypsy's own femme fatale, is the lead singer of a band called Vagabond Hotel, who play a couple of songs throughout the series. While Vagabond Hotel isn't a real band, the group's songs are composed by actual indie-pop singer Esmé Patterson, and they're incredibly addictive.

As for whether or not this will result in a full-blown Gypsy soundtrack remains to be seen. But I really hope it happens because it would be a fantastic album. Be sure to keep an eye out on Spotify, iTunes, and other music platforms over the next few weeks to see if a Gypsy soundtrack turns up.

Gypsy is available for streaming on Netflix starting on June 30.