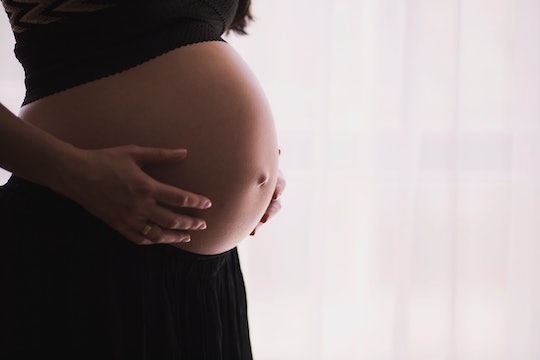 Can You Can Get Pregnant, Even If You Have An IUD?

Pregnancy is never a neutral occurrence. You’re either actively inviting it or working to prevent it from happening. Nowadays women have more birth control options than ever before, but even the strongest options are not 100 percent effective. This may lead you to wonder can you get pregnant even if you have an IUD? And the truth is that you can, which is pretty surprising considering their overall effectiveness.

According to the Centers for Disease Control and Prevention (CDC), intrauterine devices, or IUDs, are among the most effective forms of birth control, resulting in less than one pregnancy per 100 women in a year. Additionaly, as further noted by the CDC, the LNG (hormonal) version has a failure rate of 0.2 percent, and the copper one has a 0.8 perfect rate. It feels like the perfect form of birth control, because you just get it inserted and don’t have to worry about taking a pill or fiddling with a condom. So how on earth can you still get pregnant with one?

It’s very rare, but someone has to fall into the fraction of a percent who just happen to beat the odds. Although there isn’t anything you can do to make the IUD even more effective — other than have your doctor check to make sure it’s still in place if something feels off — you should act quickly if the usual pregnancy symptoms such as tender breasts and nausea appear. Because an IUD pregnancy can have many complications. As OB-GYN Lanalee Araba Sam,told Parents, "you're 50 percent more likely to miscarry if the IUD is left in place, so the recommendation is to let the pregnancy continue and remove the IUD.” However, the possibility of miscarriage is still relatively high even if you remove the device.

Furthermore, according to the American Pregnancy Association, you’re more likely to have an ectopic pregnancy, in which the egg adheres some place other than the uterus, if you conceive with an IUD in place. Overall, while it is extremely unlikely that you will fall pregnant with an IUD in place, if you do show any signs of pregnancy, it’s a good idea to get to your doctor as soon as possible.