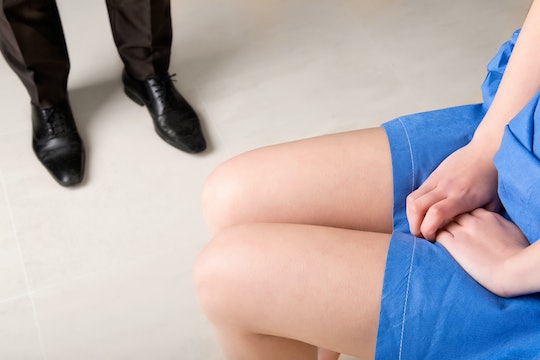 Can You Conceive With BV? Bacterial Vaginosis Should Be Treated ASAP

Bacteria — it's not something you want growing in your vagina. Of course, that's a moot point because bacteria lives in vaginas. Sometimes, the harmful bacteria overtakes the so-called good bacteria. That's when bacterial vaginosis, also known as BV hits up your lady parts. What is this condition and, for those trying to get pregnant, can you conceive with BV?

According to the Centers for Disease Control and Prevention (CDC), BV is the most prevalent vaginal infection among women ages 15 through 44. Basically, as the CDC noted, BV is a result of an imbalance of harmful vaginal bacteria, which disrupts the pH of your vagina. Mayo Clinic further elaborated that lactobacilli is a good vaginal bacteria, which keeps the natural balance of microorganisms in your vagina in check. But when you have BV, harmful bacteria called anaerobes cause discomfort.

According to The Mayo Clinic, the symptoms of BV include a filmy white or grey discharge, itching, burning during urination, and the tell-tale fishy odor. If you've ever had BV, you know what I'm talking about. This odor is more than a sweaty vagina smell, it's a potent, sour, and pungent smell that signals those anaerobes are having a party in your vagina.

The medical community does not know exactly what causes this infection, but BV is linked with sexual activity and douching, according to Fit Pregnancy. For women trying to conceive, having intercourse is a must. Although there's no evidence that BV impedes conception, the same article in Fit Pregnancy urged women to treat BV as soon as possible with antibiotics (metronidazole or clindamycin). The good news is that these antibiotics are safe to use during pregnancy if you are already pregnant and don't know it. So, always treat the infection.

In order to keep BV under control while trying to conceive, you can monitor your vaginal pH and keep an eye (or nose) on your vagina, noted Mayo Clinic. That's about all you can do. Mayo Clinic suggested taking probiotics to help increase the level of lactobacilli in your vagina, however, these findings are not confirmed. If you're interested in learning more and taking part in a clinical study about how probiotics can help deter BV, you can get in touch with Mayo Clinic.