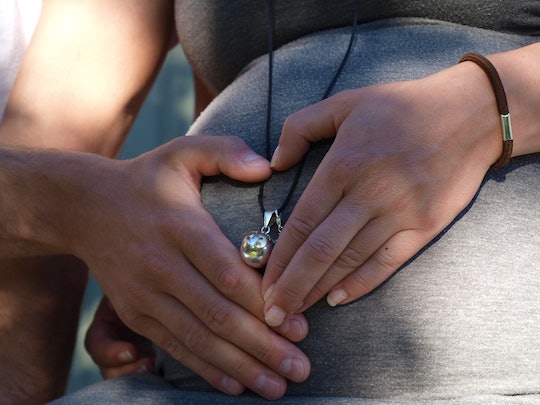 Can You Deliver "Naturally" With A Tilted Uterus?

When you're expecting a baby, you likely want to hear your doctor tell you that everything about your body, baby, and pregnancy is perfect. That's why it can be so scary to hear that there's something unusual going on, even if it's a common condition. If you've been told you have a tilted uterus, you may be worried about what the means for you and your baby and wondering if it will change your birth plan. Specifically, you may ask " can you deliver "naturally"with a tilted uterus?"

A tilted uterus isn't exactly as scary or serious as it might sound. Psychology Today noted that nearly one in three women have a tilted uterus, so it's very common. According to The Bump, a woman's uterus is typically in a straight, vertical position. As its name suggests, however, a tilted uterus isn't straight but, instead, tilted toward the back of the pelvis. The American Pregnancy Association (APA) noted that you might know this condition by several different names, including tipped uterus, retroverted or retroflexed uterus, or uterine retroversion (among many other monikers). A uterus can be tilted for several different reasons, including stretching of the ligaments that support the uterus in child birth and scarring from conditions like endometriosis. In some cases, the uterus just never moved into the correct position as the woman grew up.

If you do have a tilted uterus, your pregnancy will likely move it into the vertical position, according to What To Expect. Your uterus will expand enough by the start of the second trimester that it will pop into your abdominal area, and at that point it's almost always upright. With that in mind, the Summit Medical Group noted that you should be able to have any type of birth you want. But it also noted that in very severe cases the uterus may not move into the pelvis, which can cause pain and problems with urinating. Even that can be treated if caught early enough, however.

The other worry women may have when they learn they have a tilted uterus is whether they'll be able to get pregnant. Fortunately, it shouldn't effect fertility either according to the Mayo Clinic.